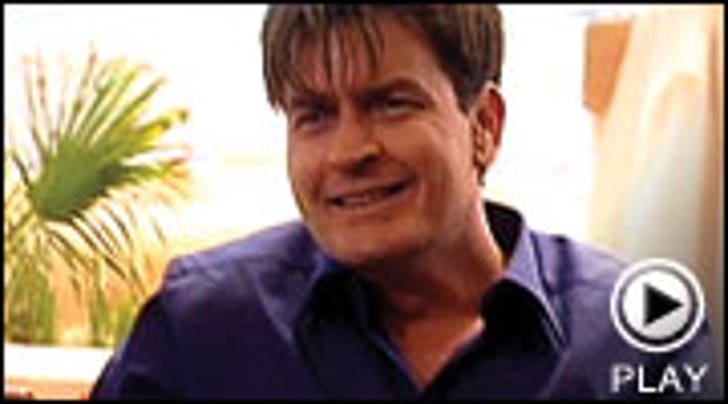 Charlie Sheen was at the Cannes Film Festival on Sunday for a special 20th anniversary screening of the hit film, 'Platoon.' A new DVD edition hits stores May 30.

Sheen was asked what life was like for him when the film was made 20 years ago.

"Everything was normal," Charlie joked, in a reference to the current controversy over his divorce battle with Denise Richards. "I was just trying to be a working actor and do good work and be respected in the film community... It changed my life."