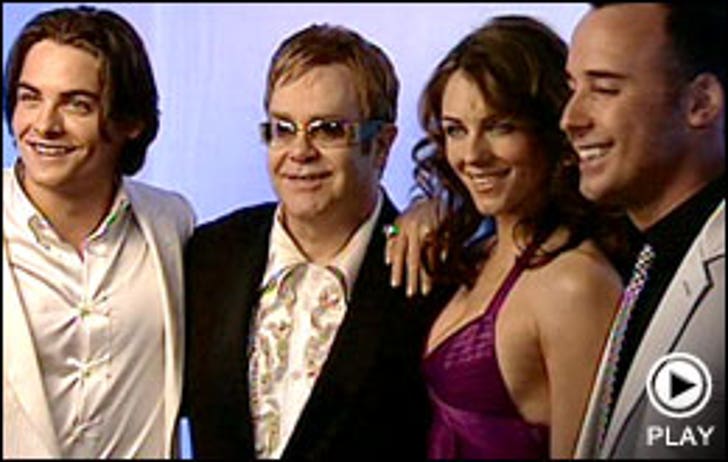 Sir Elton John made biting remarks about the Cannes film festival at a pre-cocktails event for the Chopard Awards.

In Cannes to plug 'It's a Boy Girl Thing,' the film John and partner David Furnish produced, the outspoken singer expressed his dislike of Cannes. "It's day of the locusts. It's everybody you don't want to see," he says, adding, "If I was to choose ten places not to be on the planet, this would be one of them."

John and Furnish arrived with their good friend, Elizabeth Hurley and the film's star Kevin Zegers.