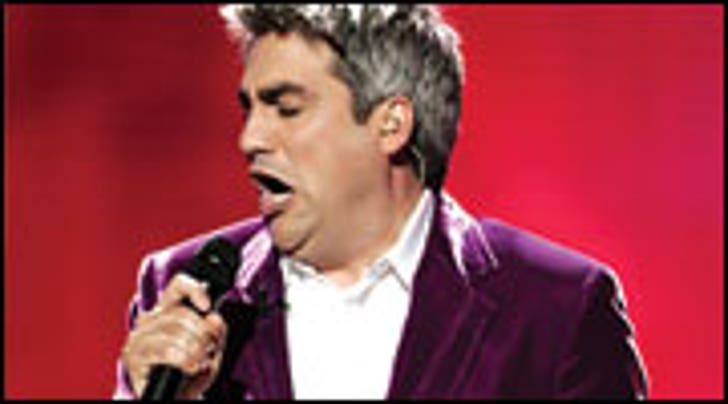 'American Idol's' Taylor Hicks rocked the judges during Tuesday night's finale and TMZ has the story behind his purple velvet jacket.

The jacket is by Dolce & Gabbana and retails for a whopping $1,648.

Taylor was with his stylist when he purchased the jacket from the trendy LA store Traffic. Sources tell TMZ that the moment Taylor tried the velvet number on, his comment was, "Okay, I feel it!" and instantly bought the jacket!

The white shirt Taylor wore under the jacket was an Ozwald Boateng shirt retailing for $205.

Sources tell TMZ that Traffic is Taylor's favorite store. Since Taylor has been on 'Idol' he's shopped at the store roughly eight times.

Taylor is such a fan of the clothes, he even brought his father into the store to show him all his choices. Although his father bought nothing, he loved Taylor's picks.

Sources say Taylor is a very quick shopper. He knows immediately whether a piece works or not.

While the 'Idol' star is in the store, witnesses describe him as very polite, confident and friendly - even to the gawking fans.