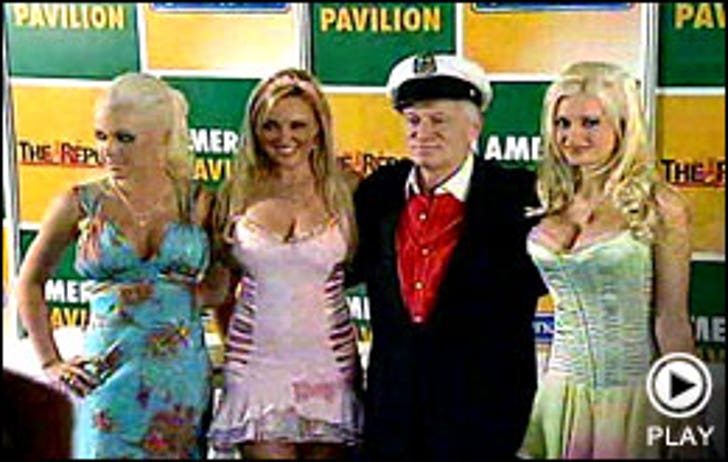 Hugh Hefner's birthday was April 9 and the playboy has been partying ever since.

Hef was in Cannes today, accompanied by three of his Playmate girlfriends, as part of his whirlwind tour around Europe to celebrate his 80th birthday.

The Playboy founder, who's famous for throwing some of the world's best bashes, revealed one of his secrets for a great party was making sure the male to female ratio was always atleast "three women to one guy."