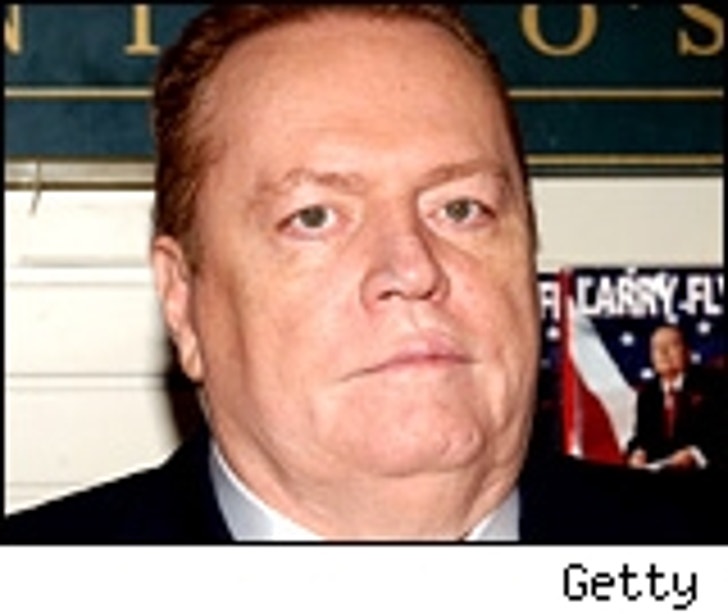 Hustler magazine founder Larry Flynt has been sued by a woman who claims his dog attacked her.

The lawsuit, filed Thursday in Los Angeles Superior Court, seeks unspecified damages from Flynt and his wife, Elizabeth. In the suit, Flynt's neighbor, Cynthia Tribull, says she was jogging in front of the Flynt's Hollywood Hills house when their schnauzer "viciously attacked" her.

Tribull said that as a result of the mauling, she suffered injuries "as well as severe shock fright, humiliation and emotional distress."