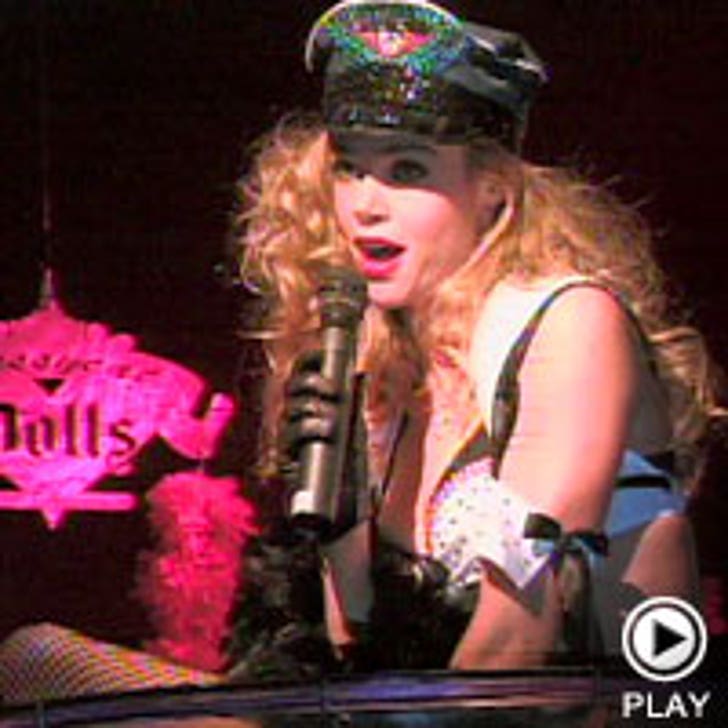 While Charlie Sheen was showing off his new girlfriend in Hollywood this weekend, his ex, Denise Richards, was busy getting down with an even sexier group of ladies, The Pussycat Dolls.

Denise was a guest Doll as the burlesque group took the stage at Pure nightclub in Las Vegas. Wearing only her sexy lingerie and larger than life hair, Richards served as emcee and ended the show by swimming around in a giant champagne glass, saying the experience was 'better than being a Bond girl!'

And anyone who actually saw her less than convincing turn as nuclear physicist 'Dr. Christmas Jones' in 'The World Is Not Enough' would certainty agree that Denise may have finally found her calling.