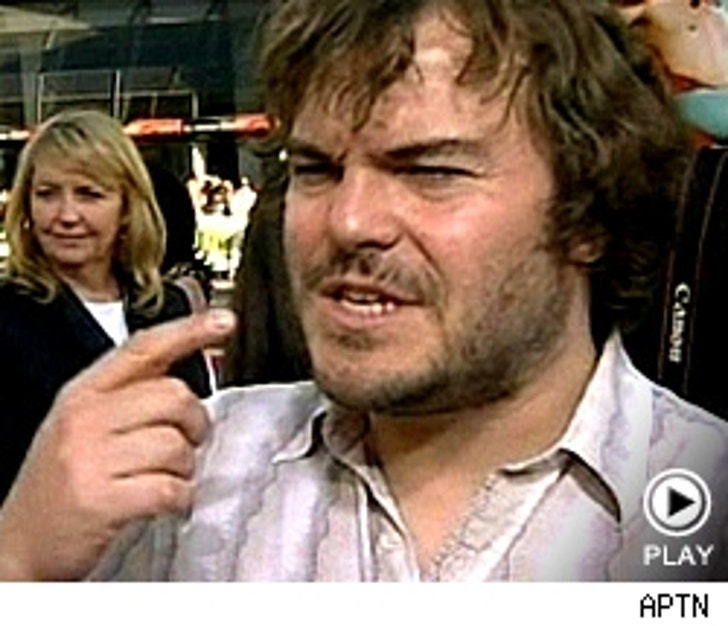 Jack Black was surrounded by a group of men in tights last night for the premiere of his latest film, 'Nacho Libre.' In the movie Black plays the title role, a cook-turned-free-style wrestler.

"Well you know, Nacho, he has a few different loves in his life," says Jack of his character. "He loves the Lord, he loves the children, he loves lucha libre, and he also secretly loves a nun and it's forbidden so he can't tell anybody. He's tortured in his heart."

The sexy Ana de la Reguera plays the nun in question and says that Black's derriere was a draw to the film. "Well yeah, I think he has a nice butt, so I was like ooh!" she said jokingly. "He knows how to, you know, do things with that. So that's good."

Apparently Black and his behind are a hot commodity with six other films on his plate, including 'The Holiday' with Cameron Diaz, Kate Winslet and Jude Law, 'Be Kind, Rewind' with Kirsten Dunst and pet project 'Tenacious D and the Pick of Destiny,' which is slated for a November 17 release.