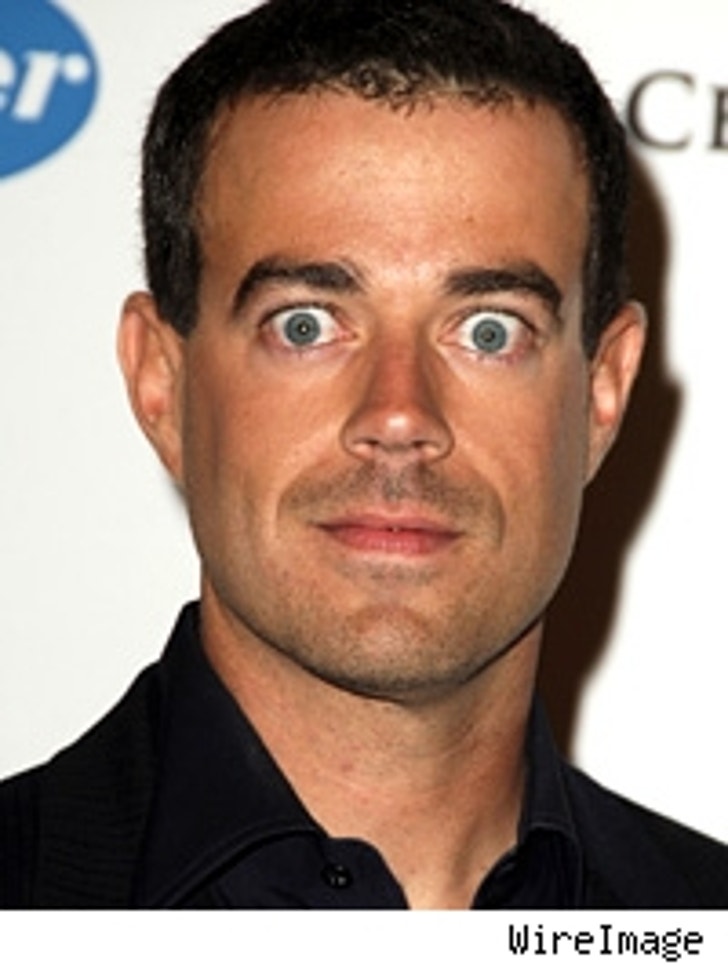 News today that YouTube has shot yet another viral video star into the Hollywood firmament makes us wonder: What the hell is happening?

Variety reports that Carson Daly has signed a barely-out-of-her-teens Brooke "Brookers" Brodack to a talent/development deal, "making the 20-year-old the first talent to emerge, in an official capacity, from the online service."

Of course, the talent that emerges in an unofficial capacity is legion, too. Consider Justin Laipply, the Evolution of Dance creator whose routine has gotten 18 million
viewings on YouTube.

Meanwhile, last month, mySpace became, semi-officially at least, the farm team for Fox Atomic and Fox Broadcasting. David Lehre, a 21 year old kid whose short (only 11 minutes) film "mySpace: The Movie" shot him out of osbscurity in the hinterlands of Michigan to meetings with studios and networks.

When Fox paid half a billion for mySpace, it seemed like they might have overpaid. Now, it seems like they got a bargain. Or have they?

Yesterday, Editor and Publisher carried news of a new survey from Burst Media which found that over two-thirds of teens questioned felt "if they had no Internet access outside of school it would "ruin" or make their day "not as good." (No hyperbole in that report, eh? "You've ruined my day!" (Trust us, kids: This is having your day ruined. But we digress.)

The question is, should a media oligarch swallow YouTube, would it be getting access to hundreds of the next Steven Soderberghs and Joss Whedons, or an overvalued site that will become as uncool as Friendster in a year's time?

YouTube, in the meantime, has managed to burn through $11.5 million in venture capital, with no clear revenue streams or business plan in sight. And don't even get us started on ASmallWorld, the Weinstein Company's newest online country club which, sadly, we have not been invited to join. (Whattsamatta, Harvey? We're not influential enough?)

The Los Angeles Times considers the idea of mySpace and YouTube as conduits to Hollywood and goes one better: If Hollywood's power derives from global distribution, and the social networking sites have it, who the hell needs Hollywood, anyway?

Writes the LAT's Patrick Goldstein, "In this new bottom-up culture, amateur filmmakers are our new auteurs," writes Goldstein. He points to the success of unknown Mercedes Maharis, a self-styled digital documentarian whose immigration opus, "Cochise County, USA: Cries From the Border," has sold nearly 20,000 copies. Goldstein also points to the "The War Tapes," an Iraq war documentary filmed by soldiers from New Hampshire's national guard unit, was the toast of this year's TriBeCa Fest.

An entertainment analyst we know recently observed, giddily, that suddenly, it's 1999 in Hollywood all over again. He might have been righter than he realized.