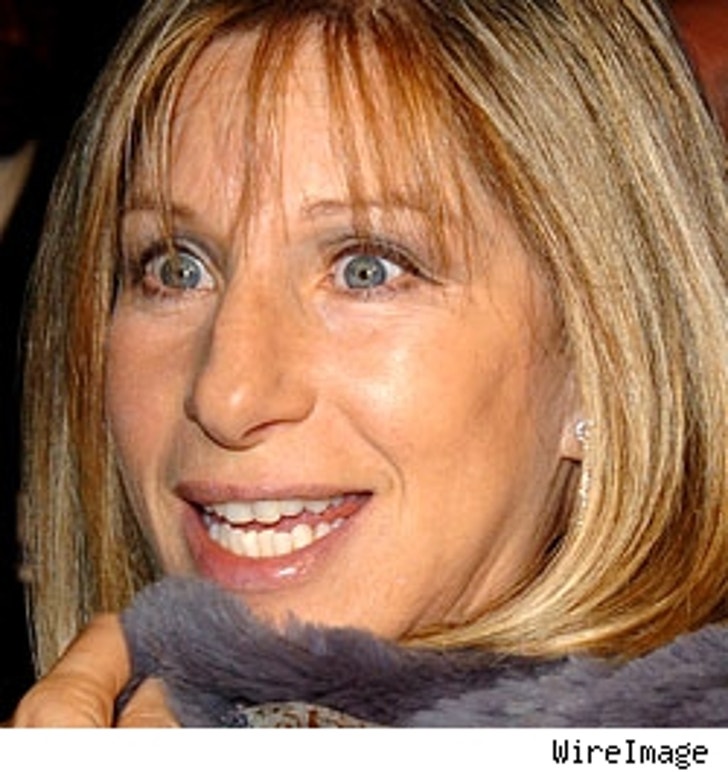 The funniest item of the day -- According to the NY Post's Rush & Malloy, Barbra Streisand fans who paid "exorbitant amounts of money for her last 'retirement' tour" are considering filing a class action lawsuit, because Streisand decided to go on tour again.

First of all, who believes any singer who claims it's the last tour?

Exhibit A: The Eagles

I rest my case. But not really. When these rabid fans bought their tickets, the deal wasn't that Streisand would never sing again. I suppose if she had hatched a plot to fleece them out of big money, knowing all the while she had no intention of retiring....but even Streisand isn't that diabolical.

Remember a few years ago when fans sued former Creed front man Scott Stapp for allegedly being so drunk on stage that his performance sucked? That case got tossed, but at least there was a legal theory -- that fans didn't get the performance they bargained for.

Streisand will perform at Madison Square Garden on October 9. Ticket prices range from $104 to $754. Caveat Emptor.