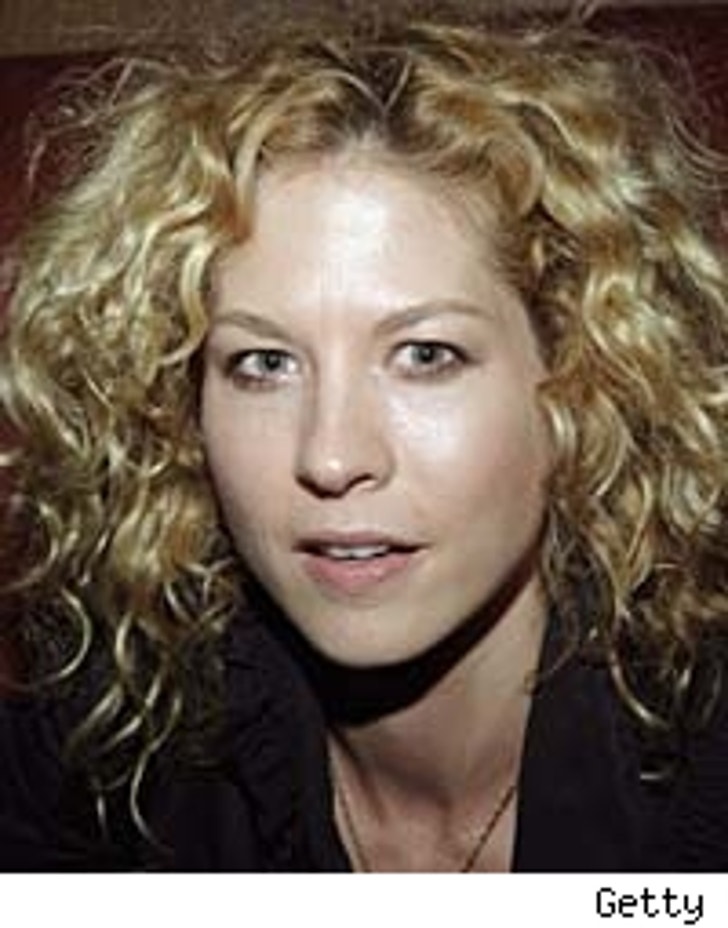 If Tom Cruise's recent public displays weren't evidence enough, Scientologists Jenna and Bodhi Elfman prove that they, too, are willing to go to great lengths to defend their religion.

Indie film director John Roecker tells TMZ he was walking to his car with a female friend in LA's trendy Los Feliz neighborhood last Sunday when he was approached by a shirtless man and a tall blonde. "Hey, man, you're making fun of my religion," said the stranger angrily.

Roecker quickly recognized the couple as actor Bodhi Elfman and his wife, 'Dharma and Greg' star Jenna Elfman. Mr. Elfman's ire was apparently drawn by Roecker's self-made t-shirt, which had a picture of Tom Cruise on the front under the caption "Scientology is Gay!" and a 'Stayin'-Alive'-era John Travolta on the back with the words "Very Gay!" For the record, both Cruise and Travolta have said repeatedly they are not gay. 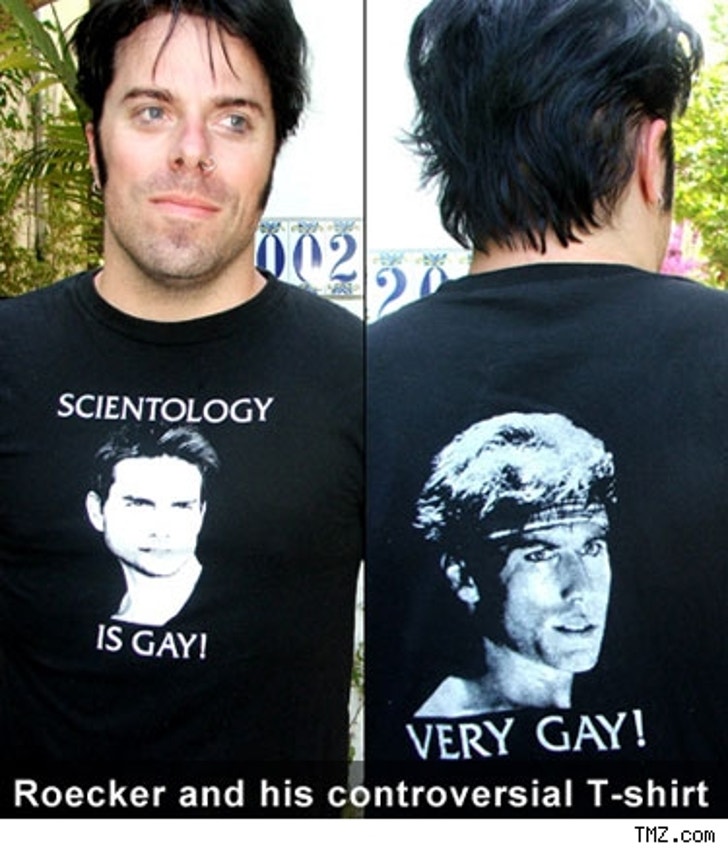 According to Roecker, whose encounter was first reported on LA's KROQ-FM's Kevin and Bean Show, the invective started to fly after he made several references to Scientology theology and its reported central tenent, the story of Xenu.

Roecker says Jenna repeatedly said "What crimes have you committed?" and began screaming at Roecker, "Have you raped a baby?" as motorists on Los Feliz Boulevard drove by in snarled traffic.

Roecker says it appears that Bodhi Elfman prepared to take a swing at him, but thought against it.

Bizarrely, Roecker also says that the Elfmans had a young, twenty-something male companion with them whom they continually instructed to move away and cover his ears whenever references to Xenu were made.

Roecker says this is not the first time he has worn a t-shirt that has provoked similar reactions from fellow devotees of L. Ron Hubbard like Juliette Lewis, Lisa Marie Presley, and actor Hal Ozman, who worked on 'Dawson's Creek' with none other than a certain Katie Holmes. Sources at the Church of Scientology's Celebrity Centre say Roecker is no stranger to them. Several non-celeb parishioners have also complained about Roecker's t-shirts.

Bodhi Elfman's rep Jenni Weinman tells TMZ that according to Bodhi "He was out for a Sunday stroll with his wife, when some guy walks by with a t-shirt on, very prominently attacking his religion. Words were extended and Bodhi and Jenna were personally attacked for their beliefs. As they went about their business, the guy continued to try to illicit negative responses from the both of them. As they walked away he continued to scream propaganda and hate at them. Apparently he spent all Monday calling the press to promote himself."