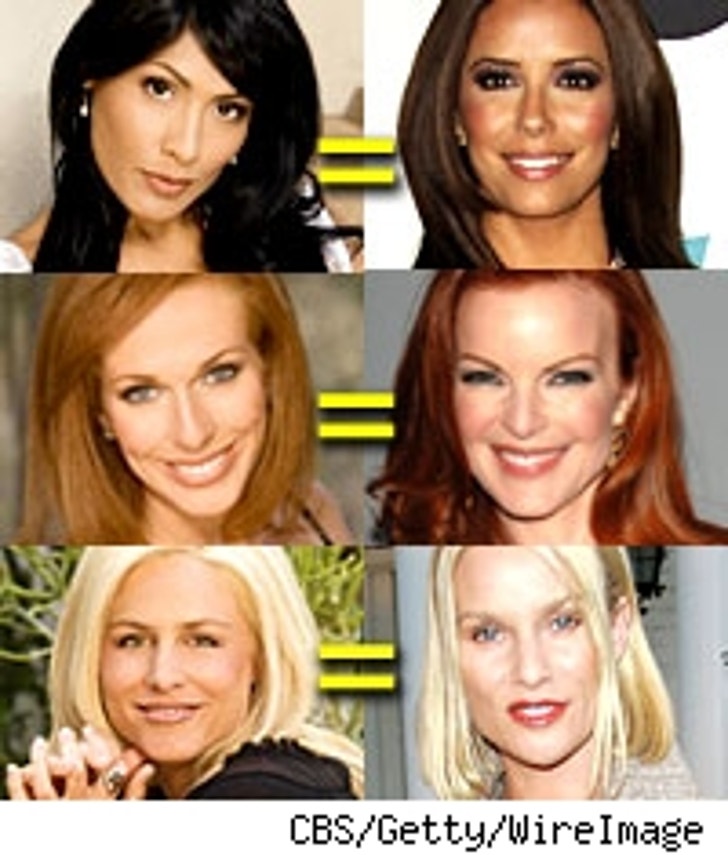 If viewers of last night's premiere of "Tuesday Night Book Club" on CBS thought they had stumbled onto a re-run of "Desperate Housewives," their confusion is understandable. The new summertime series appears to be a direct ripoff -- down to the music and the voiceover -- of the ABC hit, only with "real people" rather than actors.

The show follows in the footsteps of such reality-narrative hybrids as MTV's "Laguna Beach" and Bravo's "Real Housewives of Orange County." However, the producers of "Book Club" seem to have decided that imitation (or outright mimicry) is the sincerest form of flattery, and as a result the parallels between their show and "Housewives" are striking.

Viewers will notice that each of the "Desperate Housewives" characters has a clear analog in "Book Club." Jamie, a striking, saucy brunette, bears a serious resemblance to Eva Longoria's character Gabrielle: She married young, decided she needed to sow her wild oats, and, at 25, is having affairs left and right and is contemplating striking out on her own.

Kirin, a pale, raven-haired beauty who's married to a doctor, seems to run her household with efficiency and polish yet hides secrets, is a dead ringer for Marcia Cross' Bree. Blonde Cris, whose husband is unemployed, has to support her family, like Felicity Huffman's Lynette. And finally there's Sara, the 26-year-old self-described "party girl," whose wild antics and constant sex talk are reminiscent of Nicollette Sheridan's Edie.

Add to this a combo of a soothing, marimba-tinged score and a pithy, platitude-heavy voiceovers, as well as an ending sequence that shows all the women of the show in various states of bliss and distress, and the show might easily be mistaken for "Housewives" -- except in one crucial regard: Last night's show finished a dismal last in the overnight ratings amongst the broadcast networks, with a paltry 5.7 million viewers. By contrast, the fictional "Housewives" finale attracted nearly five times as many viewers, with 24.5 million.