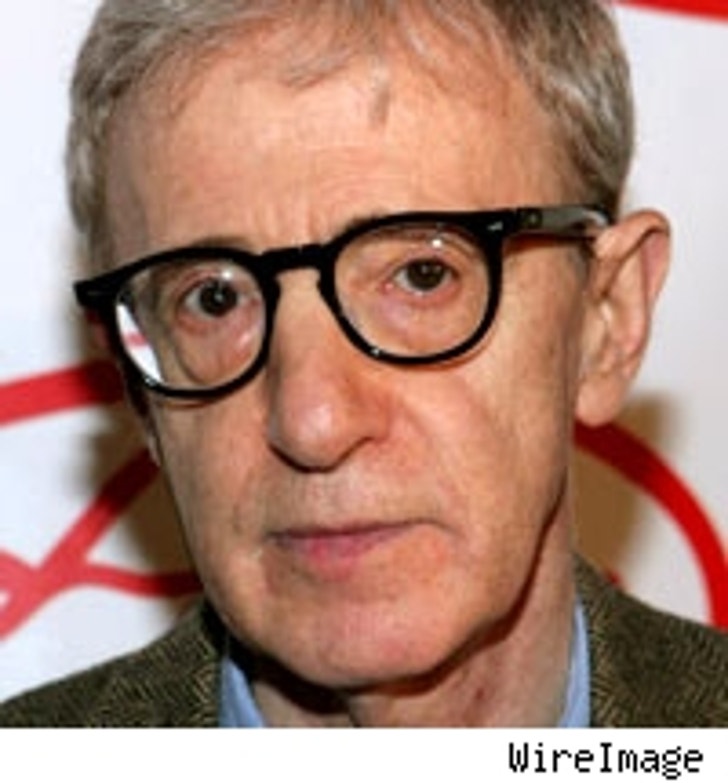 Alejandro Agresti's "The Lake House" opens nationwide this weekend, reuniting Keanu Reeves and Sandra Bullock, so we thought it a good time to catch up with the fascinating Argentinian emigre director at home in Holland.

When I rang him up at his home in Holland this morning, Agresti was still a bit jetlagged from the American premiere of the film in L.A. But not so tired that he couldn't share with me some exciting news about his next film, "The Scent of Books.": Based on his novel of the same name, it's about three writers, now in their 60s, who receive an inheritance of 20,000 rare, first edition books from their mentor.

And, TMZ is happy to be the first to report, both Woody Allen and Christopher Plummer are in negotiations to star as two of the writers. If scheduling proves workable, it will be the first film Allen stars in but doesn't direct in fifteen years, back when he starred in Paul Mazursky's "Scenes from a Mall." (Allen's newest directing and acting effort, "Scoop" premieres at the Venice Film Festival in late August, which felicitiously puts him in Europe for a September start to principal photography on "Books".) Both Cillian Murphy ("Red Eye") and Jason Biggs ("American Pie") are also in negotiations to star as the younger selves of two of the once-idealistic novelists.

"I'm interested in how memory distorts things, how we sometimes we so radically change that we become traitors to our own ideas," explains Agresti, "but inside yourself, you still have this forgotten person. These characters try, without a map, to go and find that (forgotten) person."

It's a feeling that Agresti is familiar with. The son of an Italian father and a Czech mother, he was born in Argentina and came of age during the military coup of the late 1970's, when Juan and Isabel Peron were forced from power and replaced by an economically incompetent, politically corrupt and dissident-murdering military regime.

"It bore a certain similarity to Nazi Germany," says Agresti, "in that most of the people were happy with these sons-of-bitches, but today, everyone says they were against them."

Like thousands of other Argentinians, Agresti lost close friends and lovers who were "disappeared" into political prisons and often mass graves reserved for those who spoke out against the junta. Then-members of the young communists federation, both his girlfriend and several close friends were hunted down and "disappeared" by the government. At the age of 20, he fled for Europe, determined to make films.

After arriving in Paris, Agresti was told he could couch-surf at a friend's place "anytime." When he showed up, however, the friend was on holiday for two weeks, and Agresti spent the next ten days sleeping in a Parisian phone booth.

"I had this huge bag with all the rushes from my 16mm movie, which I used as a kind of mattress at night," recalls Agresti, "but during the day, you don't, you don't know what to do, so you just keep walking. It was so heavy, about 80 pounds of film, but what impelled me was a kind of revenge for everything that happened (back home.) I thought of showing it in festivals, of meeting great directors. I was dreaming, of course."

Today, Agresti is rubbing elbows with great directors, and though he has the acceptance of Hollywood, he's not so eager to return its embrace. "The Scent of Books," while attracting a top-flight cast, isn't a project that Agresti is keen to make with an American studio. Agresti says he's taking the money he made from "The Lake House" and using part of it to make his next movie, with the help of the same Dutch financier who financed his 2000 art house hit, "Valentin."