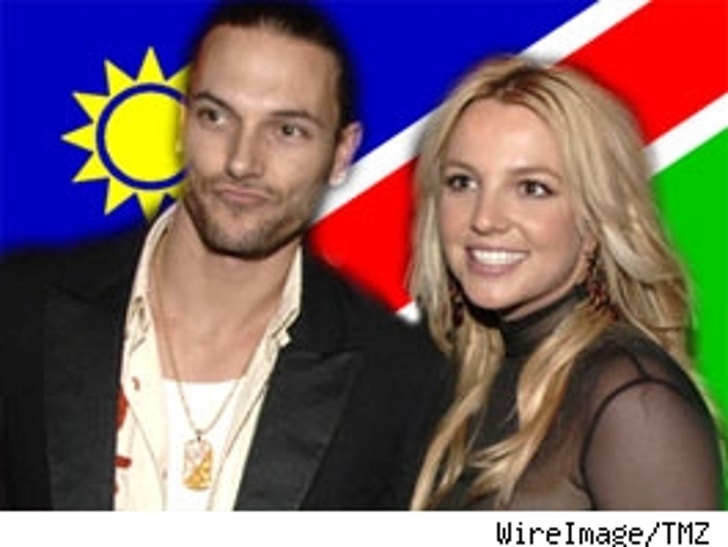 WINDHOEK, Namibia (AP) -- Following in the steps of Angelina Jolie and Brad Pitt, Britney Spears is considering a Namibian birth for her next baby, a government official said Friday. 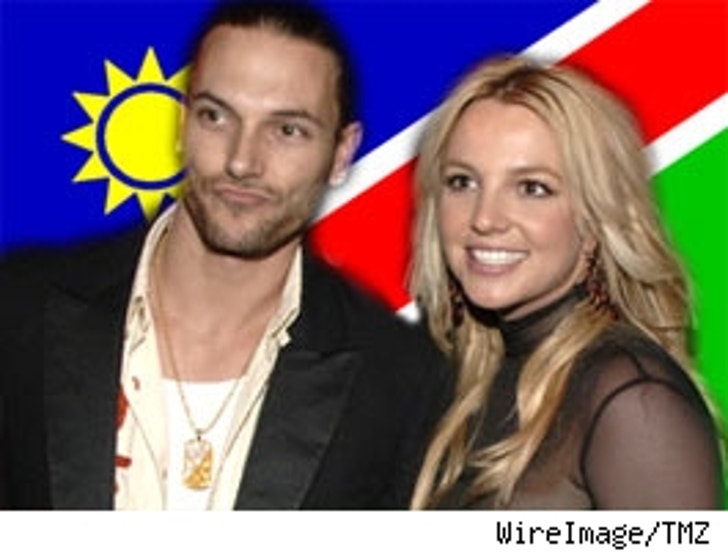 Later that day, that possibility seemed unlikely. "Not true," Spears' New York-based publicist, Leslie Sloane Zelnik, said in an e-mail to The Associated Press. Zelnik did not immediately elaborate.

Deputy Environment and Tourism Minister Leon Jooste said officials have received an inquiry on behalf of the 24-year-old pop star, who has a 9-month-old son, Sean Preston, with husband Kevin Federline.

"She has shown interest to come over to Namibia," Jooste said by telephone
from a conference in neighboring South Africa. "Nothing has been confirmed yet, but there is a definite possibility of that happening."

Spears, who recently announced she is expecting a second child, has taken a beating in the tabloids, which have questioned her parenting skills. She has been photographed driving with Sean Preston in her lap, and nearly dropped him when she tripped outside a New York City hotel.

In an interview with NBC's "Dateline" on Thursday night, Spears said the criticism has crossed the line and that she feels like a "target.""I know I'm a good mom," she said.

Spears also said that reports of marital difficulties with Federline are inaccurate. "He helps me. He has to. I'm (an) emotional wreck right now," she said, referring to the fluctuating hormones of her second pregnancy.

Federline, an aspiring rapper, has signed with Five Star Vintage to be the face of the clothing brand's first advertising campaign, the company announced Friday. The campaign was shot in Los Angeles.

He will appear in magazine ads due for release in the September issue of magazines, company spokesman Kenneth Loo told the AP. Five Star Vintage is a division of Blue Marlin Corp.

Spears would probably appreciate some of the peace and privacy that Pitt and Jolie enjoyed when their daughter, Shiloh Nouvel Jolie-Pitt, was born last month in the sleepy southwest African nation.

The Namibian government shielded the Hollywood couple from the paparazzi, insisting that visiting journalists obtain permission in writing to cover them.