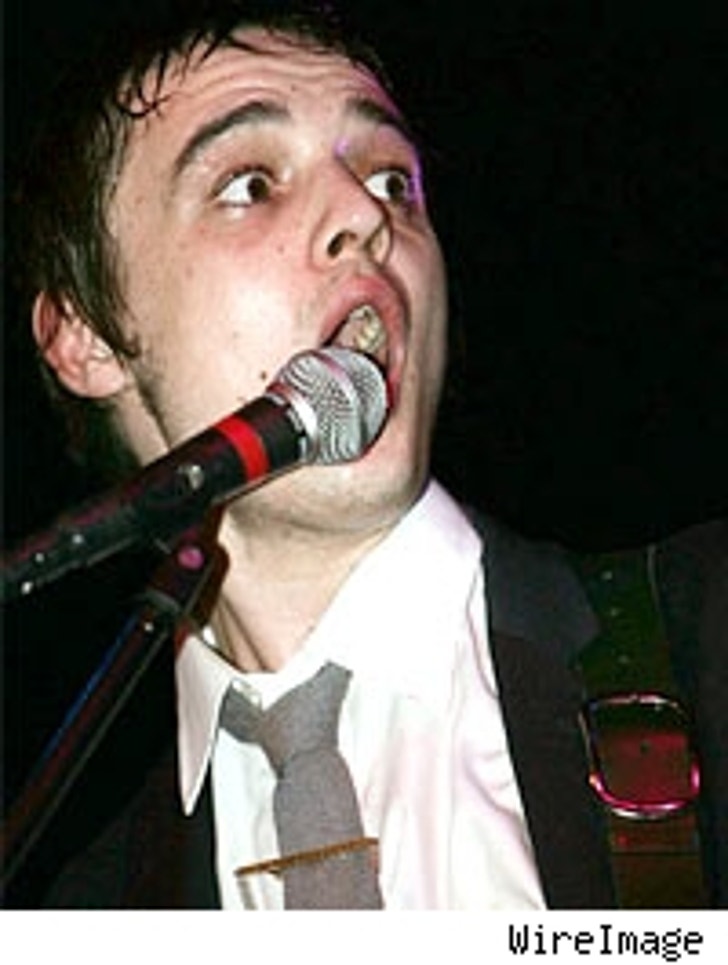 (AP) - Pete Doherty was fined $1,900 after police found traces of cocaine in his blood following a performance by his rock band at the Hultsfred music festival.

Police detained the 27-year-old Babyshambles frontman after the concert because "he showed signs of being under the influence of narcotics," Ulf Karlsson, a police spokesman in the city of Kalmar on Sweden's southeastern coast, said Saturday.

Doherty was fined and released, Karlsson said. He said Doherty was not in possession of any illegal drugs, so he will not face other charges.

Babyshambles was one of the main draws at the annual Hultsfred festival, one of the biggest in Sweden.

Earlier this month, Doherty had checked himself into a detox clinic in Portugal following several arrests in London for drug possession, his lawyer, Sean Curran, said.