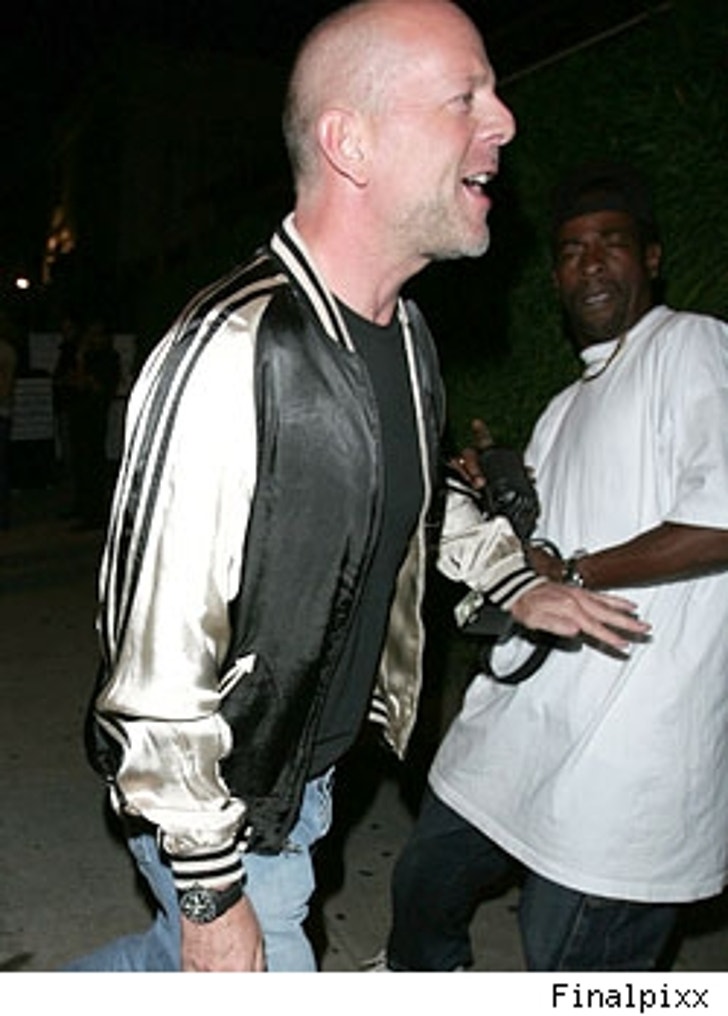 Bruce Willis has filed suit against a Los Angeles paparazzo, claiming he lied when he told TMZ that the actor assaulted him outside a West Hollywood restaurant.

Anthony Goodrich told TMZ in a videotaped interview on June 14 that Willis smashed his camera into his face, causing a laceration to his nose and a chip to one of his teeth.

In the lawsuit, filed in Los Angeles County Superior Court, Willis' lawyer, Marty Singer alleges that Goodrich and other "stalker-paparazzi," flashed high powered strobe lights in Willis' face as he was entering the restaurant. The suit claims that Willis "put his hand up in front of his face to shield his eyes from the blinding flash." The lawsuit goes on to allege that "Goodrich falsely stated that Willis stiff-armed Goodrich, shoved the photographer and pushed his camera into his face."

The suit claims that Goodrich "is a known stalker-paparazzi who makes a living by staking and confronting celebrities to take their photographs and otherwise attempts to incite some physical contact or outburst by the celebrity..."

The suit claims the TMZ article exposed Willis to "hatred, contempt, ridicule and obloquy..." He is seeking no less than $1 million in damages.

Goodrich filed a police report the day after the incident. TMZ contacted the LAPD today and we were told that two days after filing the report, Goodrich "was re-interviewed and refused to prosecute so the case was closed."