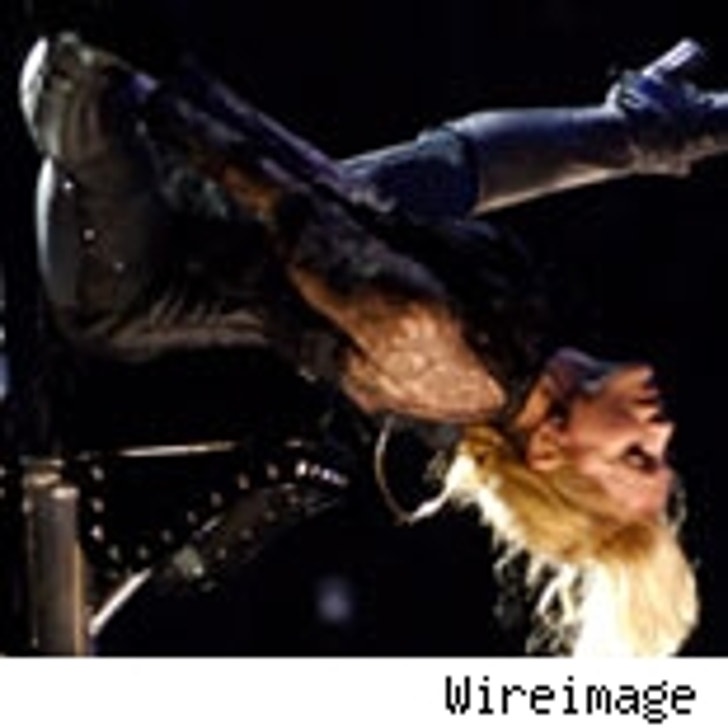 While there is an ongoing debate as to Madonna's relevance some twenty five years after the Material Girl burst on the scene in the 80s, she is still attracting big dollar offers from advertisers.

Swedish clothing marketers H&M signed Madonna and her entire touring company to a deal where they will provide Madge, her band, stage crew and dancers with offstage wardrobes to wear while out on the Confessions Tour. Some were suprised that Madonna would agree to the deal, given that some question H&M's chic-ness, but she signed on anyway. But, there is one place Lady Kaballah will not put her name: on a sex pill.

Yep, Madonna, who once seemed synonymous with sex has reportedly turned down a large pile of cash to promote a diet pill that supposedly spurs the female libido. According to a British paper, a company rep says "We thought it [the $$] wasn't bad for 10 minutes' work. But it was deemed too raunchy for her new lady-of-the-manor image. It seems basques and crucifixions are OK but talking about her sex life isn't."