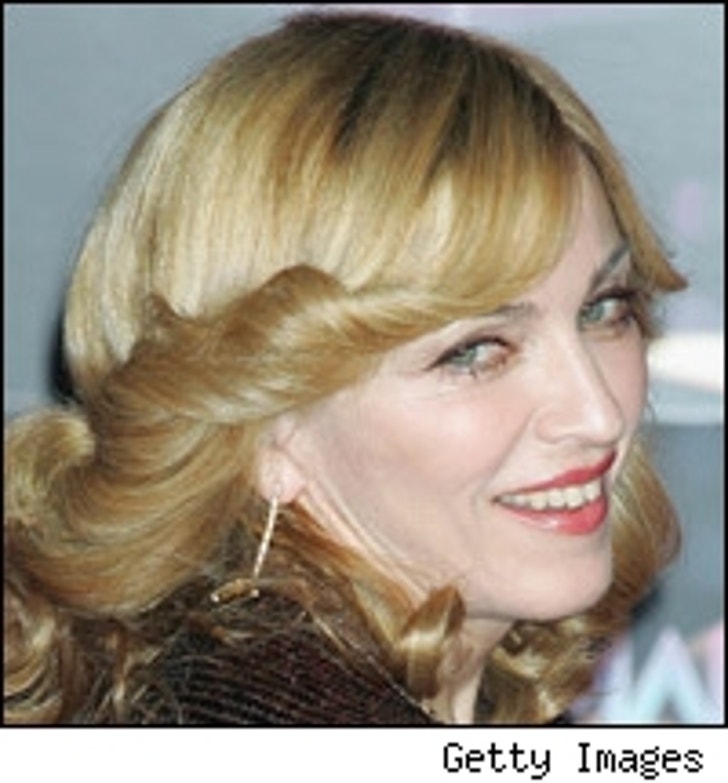 The Hater-
It happens to every artist. It happened to The Stones, The Ramones, Whitney Houston and now, it has happened to Madonna. It's sad but true... Madonna has lost her relevance as a pop artist.

Oh she'll still sell out large sports arenas and her album will still chart when it hits the streets., but you're not gonna hear the average 12 year-old say they wanna be like Madonna, like they did in droves in the '80s. They're more likely to emulate Xtina, Kelly Clarkson, or (god forbid) Fergie.

Now our beloved Madonna didn't just fall off the relevant radar over night. It was a long, painful process that took years to complete.

Lets break it down:

She became religious
It didn't work for Bob Dylan, why would it work for you.

She chose the Kaballah
Say what you want about this ancient Jewish mysticism, but to the average American it's nothing more then a Hollywood fad. With its red string bracelet and cancer-curing water, it's hard for folks to support a theology propped up by a woman who coos us to "Justify Her Love."

She moved to the UK
She married Brit director Guy Richie, you know, the guy who did the "Snatch" movie. Within what seemed like hours, she was conducting interviews with a British accent. We're all just happy she didn't move to France, then she would be unintelligible.

She released "American Life"
Or as it's otherwise known, the album that jumped the shark. She appeared on the cover as Ché and suddenly she was a revolutionary who rapped- yes, rapped- about lattés and pilates. The accompanying video was reedited to remove Madonna throwing a hand grenade at George Bush. Who did the re-editing? MTV? The record label? No. Madonna did. It was filled with images of war and she didn't want to offend anyone. The whole situation may have been a bit more controversial if the video and song weren't completely unwatchable and unlistenable.

She got on the light up cross
Years ago. Madonna had this song "Like A Prayer." It pissed off everyone. The video had burning crosses, a black Jesus making out with Madonna and unnecessary bowing at the end. The Church hated it, your parents hated it, teachers told you how horrible Madonna was to disrespect religion and we, well, we loved it. It was a great song with a compelling video. (Hell, I'm humming it right now.) Now Madonna brings out a huge light up cross on her tour. Sure, a few church groups got upset. but these are the people who think Harry Potter is leading us to hell, one book at a time. But, for the most part, no one cared. A collective yawn filled the land and we moved on. Been there, done that.

Madonna will still sell huge amounts of records and sell out venues, but please keep in mind so does Celine Dion and Barbara Streisand. Her relevancy is on the wane. Relax Madonna, you deserve a rest- you've earned it. Let us remember the good times and not the image of a woman struggling to to stay in the limelight at any cost. 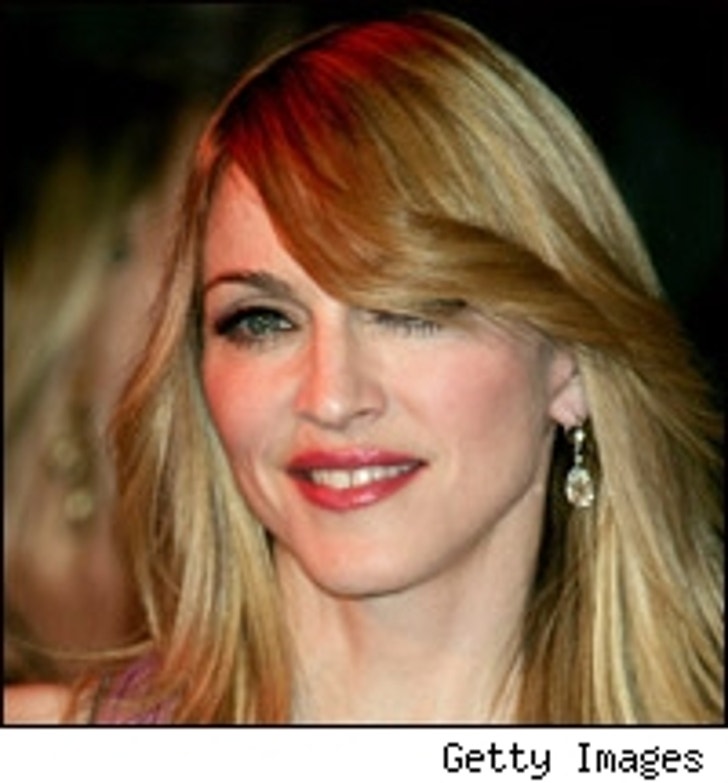 The Celebrater-
Here we go again. Every time Madonna has a new album or tour, inevitably the question of 'is she still relevant' is raised. The fact that we are still having this conversation is proof alone that we still care.

Madonna's first album came out in 1983, making her career almost as old as Britney Spears, and she's still topping the charts. Her latest album "Confessions on a Dance Floor" debuted at #1 and her tour is destined to be the top-selling tour of the year. 12-year-olds may be a large chunk of the record buying public, but they're about as fickle with their musical tastes as Paris Hilton is with boyfriends. While singers like Kelly Clarkson and Fergie may have the kids' attention now, see where those ladies are in 23 years - then we'll talk.

Kaballah isn't a fad, it's been around for thousands of years. Madonna didn't join Kaballah because it was trendy; Madonna joined Kaballah - that's why it's trendy. From wearing rosaries to vogueing to Kaballah, what Madonna does - people follow. Maybe 12-year-olds aren't signing up, but their mothers are.

Madonna's British accent may not be your cup of tea, but it makes much more sense than Xtina's, Timberlake's or Fergie's. Nothing says fraud like a blonde hair, blue-eyed suburbanite touting the latest gangsta slang like it's their own. Talk about sounding unintelligible, yo!

Madge's rapping was not the highlight of her career, but "American Life" still debuted at #1. Further proving she still had her finger on the pulse, Madonna filmed the Bush-bashing video in February of 2003, a month before the Dixie Chicks lashed out and several years before polls made it ok for even the reddest of conservatives to do so. Madonna may have edited her video before anyone could ban it, but let's not forget we were on the eve of war. People proclaimed Madonna had softened, in actuality the mother of two was just showing the world she had grown up.

If Madonna isn't causing uproars like she was twenty years ago then you can blame...Madonna. From sex to religious controversies to gay visibility, the Material Girl pushed issues and topics that at one-time were considered taboo but today don't even raise an eyebrow. Thank God Madonna has been there and done that, it's because of people like her that today we have a more tolerant society. So the next time you find yourself bored by Lady M's latest endeavor, no need to yawn - a thank you will suffice.

At 47, Madonna's body is in the best shape of her life. While other pop stars from the 80s have faded or remained in the press solely for their legal woes (Can you say Jacko, Boy George, George Michael or Whitney?), Madonna is still kickin' ass. Maybe if people stopped wanting her to be something she used to be, they'd realize just how much fun they could be having dancing to her latest hit.