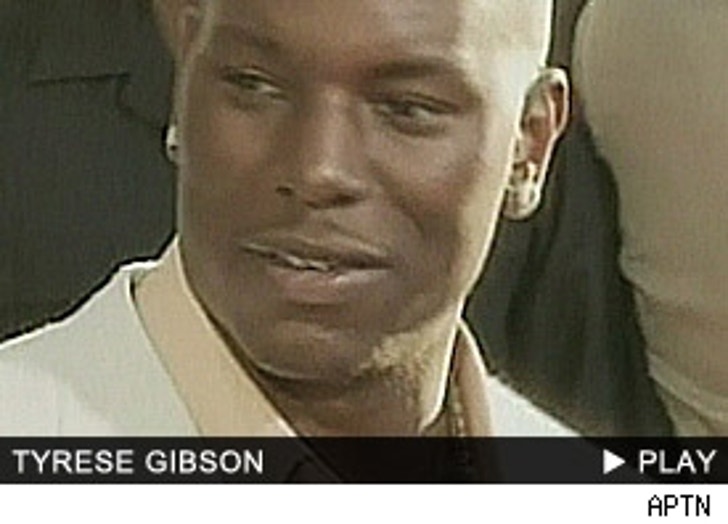 Described by the film's director as "the urban Bonnie and Clyde," audiences for "Waist Deep" can expect a lot of action and a even more sex appeal.

The film, which stars model-turned-actor Tyrese Gibson and hottie Meagan Good, tells the story of a con who is forced back into a life of crime to rescue his son, kidnapped in a carjacking.

Tyrese may have top billing for the movie but he's still humble, telling reporters at the premiere, "You've got to show up, do your job, be professional and just make sure that regardless of where you are on the call sheet that everyone feels equally as important with being a part of something."

Someone who was definitely glad to be a part of the film was rapper The Game, who makes his big-screen debut as the crime boss who kidnaps Gibson's son. "It feels really good to even have the opportunity to be on a red carpet and be here for my first feature film. It was a wonderful opportunity granted to me by Vondie Curtis Hall, he shot me the script, I read it, it was LA based, it was hood and it was me, so I jumped in."

Audiences can jump "Waist Deep" into the film Friday when it opens in theaters nationwide.