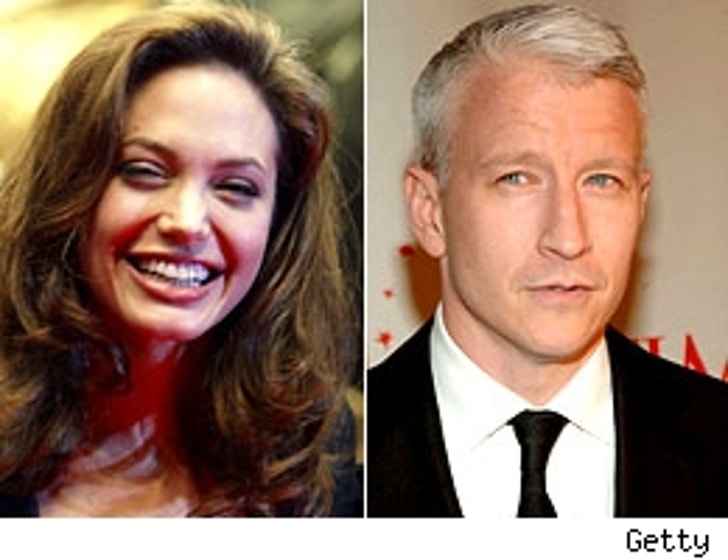 The primary takeaway for anyone who actually sat through the duration of last night's two-hour-long, heavily-promoted Anderson Cooper-Angelina Jolie sit-down on CNN's "Anderson Cooper 360" was this: There are places in the world where things are much, much worse than they are here.

But beyond that commonplace, which many of us learned watching late-night infomercials in the 1980s, the interview will probably be noted by most viewers for what Angelina Jolie did not do, by comparison with the tragic, disheveled, Southern-fried cri de coeur performance that Britney Spears gave alongside Matt Lauer last week on NBC's "Dateline."

She did not, for instance, decide to bare her bosom (and most of the rest of her body) as she bared her soul; Angelina easily covered at least three times the surface area with her long black dress. She also said almost nothing of note about her family, the father of her child (except that Brad was in the delivery room with her), nor her mothering abilities (besides admitting to being tired during breast-feeding the day of the interview). And perhaps most thankfully, she did not chew gum while she talked.

Anderson Cooper, for his part, besides betraying just the hint of a leer when talking about a tattoo that resides in a normally hidden place on Ms. Jolie's back, was perhaps most notable for what he did do that Matt Lauer, last Thursday night, did not: Wear socks.