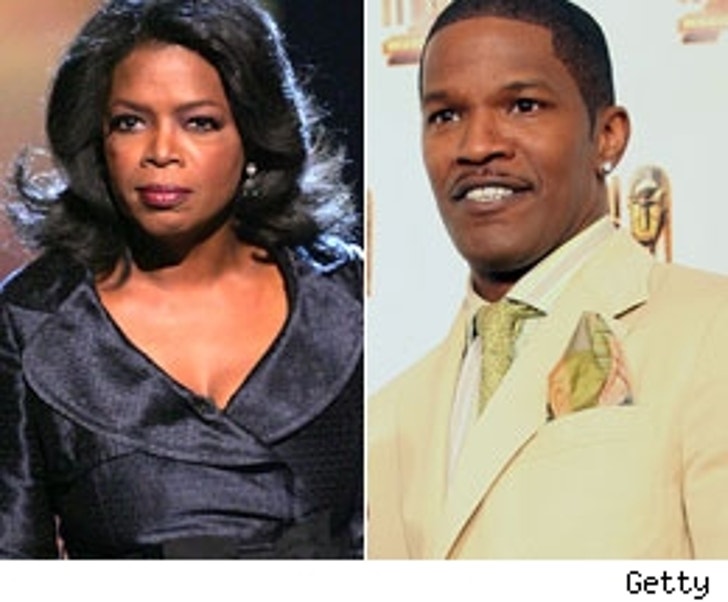 TMZ has obtained court papers in a lawsuit filed by a man claiming Jamie Foxx is a song thief.

In the suit, first reported by World Entertainment News Network, Michael A. Johnson alleges he was watching "The Oprah Winfrey Show" when he saw Foxx perform the song "Heaven" from his album, "Unpredictable." Johnson claims the song is a "rearranged version" of his song, "One of God's Angels is AWOL."

Johnson claims that "The songs are so similar that if my song was released today people would think I copied Jamie's song."

Johnson says he copyrighted the song in 2003 and sent out a mass mailing of several of his songs in 2004. Johnson claims J-Records and Sony Records were included in the mailing. Foxx's album was released by J-Records in December 2005.

Johnson's ends his complaint by writing "Thank you for hearing me out your honor."

Johnson says in the suit, "The songs are so similar, that if my song was released today, people would think I copied Jamie's song ... I wanted to be recognized for the talented songwriter I believe I am."

Johnson continues to say in the suit, "Maybe Mr. Foxx thought or assumed because my songs were handwritten that I was not professional enough to have had my songs copyrighted and took advantage of that."

In a letter sent to TMZ, Johnson included a breakdown of where he feels the two songs are similar. One of the comparisons Johnson points out is between Foxx's line "God's angel is lying next to me" and his line "If God looked down He'll see His angel is here with me."

Calls to Jamie Foxx's reps were not immediately returned.