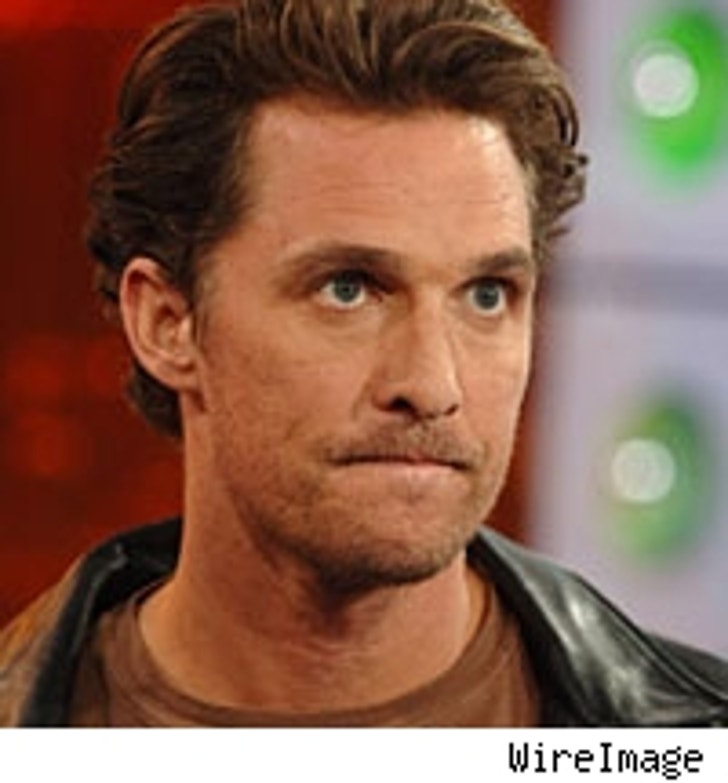 EXCLUSIVE: Watch the birdie! TMZ is pleased to be the first to report that a bidding war over a hot new script called "The Grackle" has just ended, with Matthew McConaughey committing to both starring in and producing the project for New Line Cinema. Also producing is McConaughey's longtime pal, Gus Gustawes, who runs McConaughey's JK Livin' Productions.


The "Grackle" script sold in a low-seven figure deal, and is penned by a pair of unknown, first-time writers named Chris Poole and Mike Arnold. Both men are attorneys who collaborate across time zones: Poole from Tennessee; Arnold from Colorado.

And as anyone east of the Rockies knows, the Grackle is a pest of a bird, equal parts aggressive, noisy and gregarious. Insiders are keeping the plot of the comedy close to the vest, but one source tells TMZ that McConaughey plays a human version of 'The Grackle,' essentially a Southern jack-of-all-trades hired "by those who have trouble fighting for themselves." That's not exactly a profession, admits one insider, hinting that therein lies the comedy.

We also hear there's a significant progress-to-production commitment being made by New Line, which means this is one project that might actually see the light of day. We also hear that New Line is also in negotiations with former Artisan Entertainment production president Jonathan Shestack ("Firewall") to bring the comedy "Ghosts of Girlfriends Past" over from Disney. That film almost got made with Betty Thomas directing Ben Affleck in November 2003, but was aborted at the last minute. Insiders tell TMZ that "Girlfriends Past" is also seen as a potential starring vehicle for McConaughey as well, though he's not expected to produce it.

McConaughey is currently filming "We Are Marshall" for director McG, a Warner Bros. drama about the aftermath of the tragic plane crash that killed nearly all of the Marshall University football team as well as its coach.