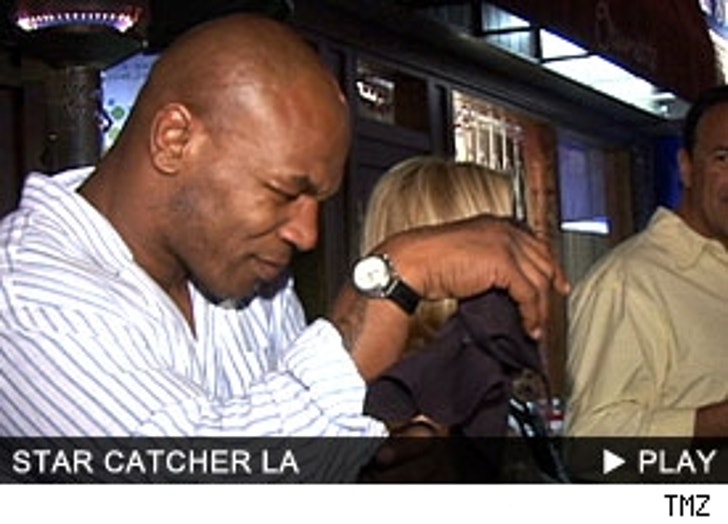 It was a random night on Wednesday in Hollywood as our cameras were rolling at Hyde, a hotspot packed with young celebrities. A boxer, a rocker, two boy banders and a former reality TV star all showed up to the trendy joint to do a little unwinding.

Former heavyweight champion of the world Mike Tyson was on hand with his usual large entourage, showing up in a large black limo and not paying much attention to autograph seekers. At one point in the night Mike came out for some fresh air and it seems like The Champ had a case of the sneezes.

Former NSYNCers Lance Bass and Joey Fatone were also on hand as they stopped to pose for the cameras and sign a few autographs.