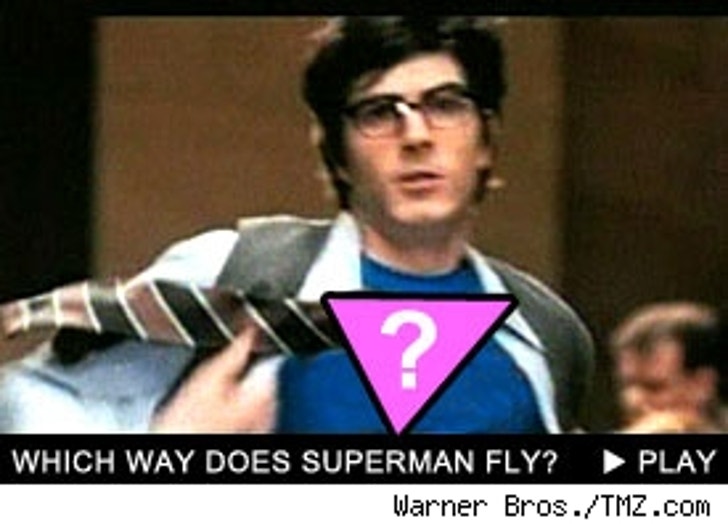 When the Man of Steel flies into theaters next week, he'll have more to worry about than just Kryptonite. After a cover article in gay and lesbian magazine The Advocate questioned the superhero's sexuality, rumors have been swirling that maybe he's not into Lois Lane and could be more of a Jimmy Olsen fan.

At the film's Westwood premiere last night the film's director and cast shot the rumors down faster than a speeding bullet.

Director Bryan Singer, most well-known for directing the first two "X-Men" films which had a strong gay sub-text, says this film goes in a different direction. "He's pretty straight," says Singer, "He's Superman. It's Lois Lane. So I don't know but he looks great on that cover."

Even Superman himself, Brandon Routh, bored a hole through the theory, "I think once people see the movie, if you see the movie you'll see that there's no ulterior motive and there's nothing going on with this film and Superman as always has been. And that's what the film is about. And his relationship with Lois."

So Superman's straight... Somewhere Kate Bosworth is breathing a sigh of relief knowing Lois will be back for a sequel.

"Superman Returns" opens next Wednesday in the US.