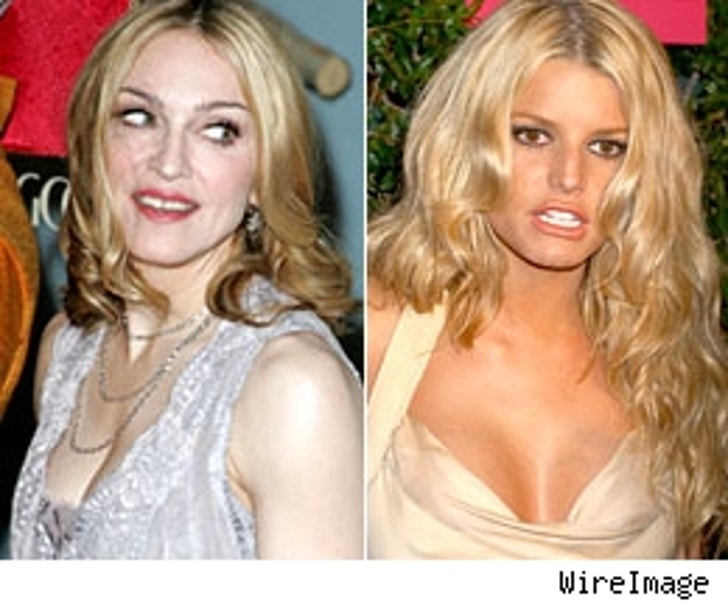 Madonna might be more than a little surprised when she hears the title track and first single off of Jessica Simpson's new album "A Public Affair."

The single appears to bear a striking resemblance to Madonna's 1983 hit "Holiday." In fact, the songs sounds eerily similar.

From the synth-pop beat to the jangly guitars in the beginning, to the eight-note motifs in the verses to the choruses that begin on an A and the use of the same key (B-minor), the two songs are so similar that, in a highly unscientific poll, every person to whom TMZ played "A Public Affair" identified it as "Holiday." Will Jellybean Benitez (who produced the original) be getting royalties for this?

TMZ called a rep for Madonna, but as of yet our calls have not been returned. As for Jessica, her rep tells TMZ "It is a fun summer single and comparing to retro Madonna is flattering!"

But don't trust our ears: You be the judge. Listen to Jessica's "A Public Affair" and Madonna's "Holiday" to compare.