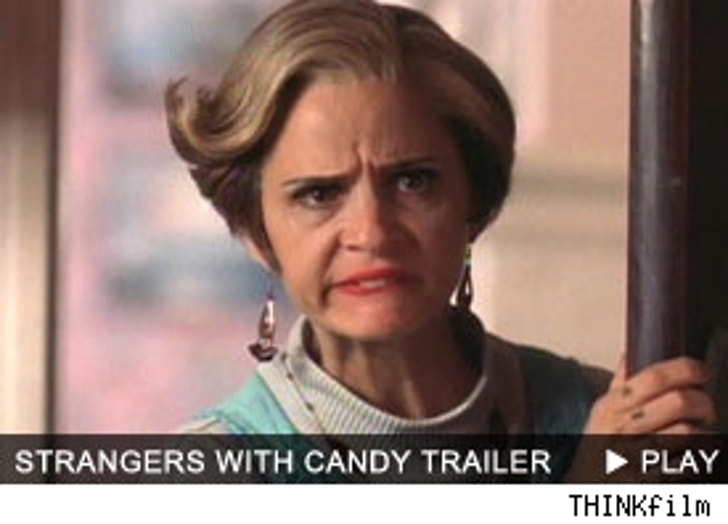 What happens when a 47-year-old ex-con goes up against the boy in blue? Will Jerri Blank be able to stand up to Superman?

Stephen Colbert and Amy Sedaris -- creators of the acclaimed Comedy Central cult favorite "Strangers with Candy" -- hope so as they bring the sitcom about a 47 year-old loser who returns to high school to the big screen.

For those unfamiliar with "Strangers with Candy," it is the surreal after-school satire that's definitely not for kids. Adults treat children with utter contempt, teachers instruct students with information that is both inaccurate and completely insane, Jerri's family treats her as you would treat a stray dog...well, everyone in her family except her dad, who slipped into a self-induced coma when Jerri left the first time.

So how will "Strangers" measure up against "Superman Returns?" While Superman will be flying around saving the world, Jerri Blank will be trying her darndest to win the science fair in order to bring her dad out of a coma.

Superman is a moral compass by which all others in Metropolis will judge themselves. Jerri Blank's compass is covered in a thick goo made up of gin, cigarette butts and black tar heroin.

Superman's disappearance has been a mystery. Jerri's absence has a lot to do with her serving time in prison.

Superman is a handsome man whom women lust after. Jerri is a haggard potato sack of a woman with a horrible overbite.

Who will triumph in this battle for cinematic mastery? This weekend's box office receipts will tell the true story.