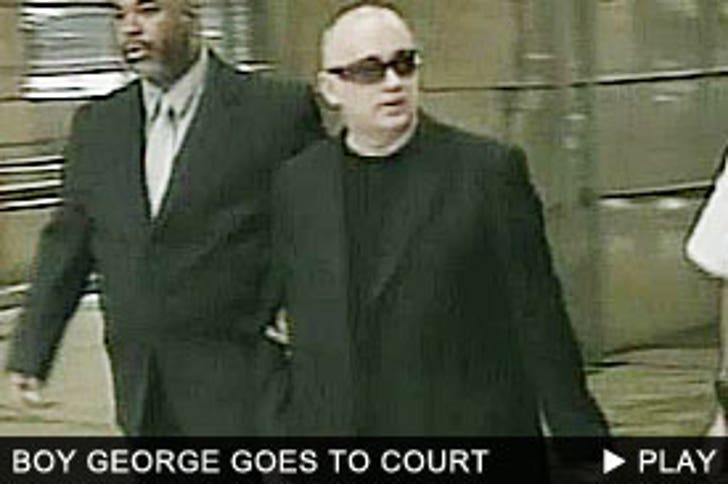 Former Culture Club frontman Boy George won't be serving any jail time, but he was scolded yesterday by a Manhattan judge for violating the terms of a plea agreement by not performing court-ordered community service.

Under the terms of a plea deal for a third-degree false report of an incident charge, the 45-year-old singer-DJ, whose real name is George O'Dowd, was to check into a drug program in England, serve five days of community service and pay a fine, according to the AP – except he didn't do his good deed, claiming there was confusion about what would constitute "community service."

As a result, judge Anthony Ferrara hauled the singer back into court under threat of arrest, and told O'Dowd that he would have to perform his service – "raking leaves in Central Park, or something like that," according to O'Dowd's lawyer Louis Freeman – or risk getting thrown in jail. "If you don't do the community service, I'll make you a promise: You're going through that door," Ferrara said, motioning to the slammer.