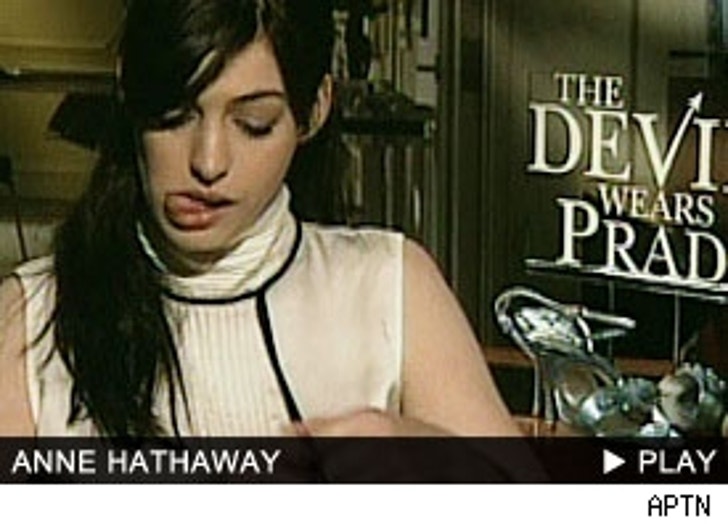 So when Meryl Streep sat down to plot her role as the vicious fashion maven in "The Devil Wears Prada," she didn't want the film to just be a "a documentary of Anna Wintour or Vogue." As the actress puts it: "I wanted to make this person up."

She was so successful that at the very first read-through, Anne Hathaway reports being "gobsmacked." "It was so different from the way Miranda was on the page," says Anne. "I think I stared at her mouth agape."

Emily Blunt patterned some of her British "weird comedy" on the famed English comedian John Cleese, while integrating some of "two or three of the most excruciating people I had come across."

Stanley Tucci's character Nigel is also a delicate blend. He is a snide and, as Stanley puts it, "a bit of a bastard" -- yet he "warms up."

Of course, the proof will come when the movie hits the street -- but all early signs show that "The Devil Wears Prada" boasts a team of seasoned and skilled character designers.