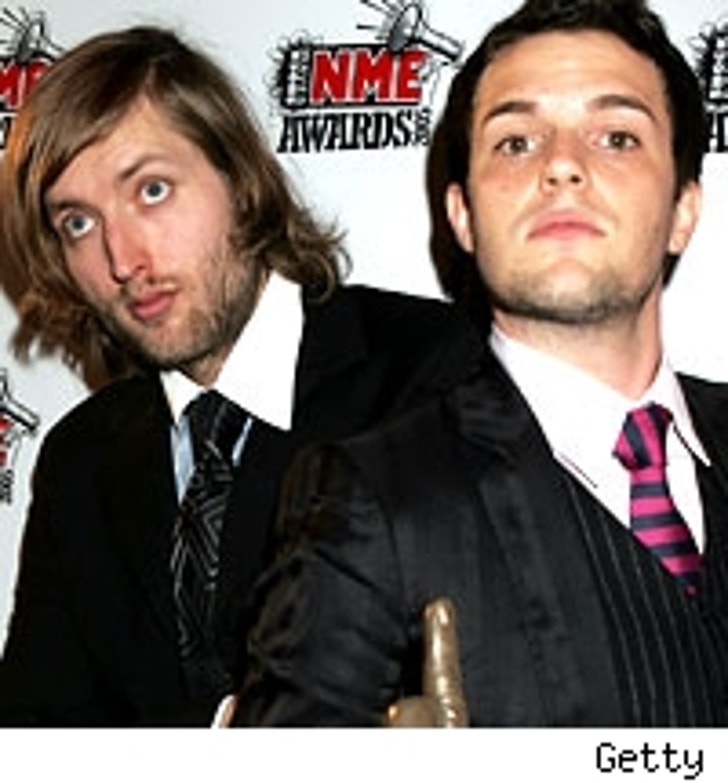 It's been a busy year for The Killers. Early in the year they were sued by their former manager for millions for allegedly breaching a contract and took to the studio to work on their next record.

Emerging from the studio, The Killers decided not to simply make a statement with their music. They went one better and expressed their disdain for "emo" bands like Fall Out Boy. Talking to NME, the Killers' Brandon Flowers said:

"Emo, pop-punk, whatever you want to call it, is dangerous. We don't wanna dislike anyone, and we've still never met Fall Out Boy, but there's a creature inside me that wants to beat all those bands to death. They just all go into the happy emo funnel and everyone loves 'em without thinking."

Sounds like a celebrity death match in the making! Geez, with the All-American rejects taking on Coldplay, it's a virtual explosion of indie-rock smackdown. Maybe we can put together a fight-club style tournament with these guys with the winner taking on Axl Rose in a steel cage match!