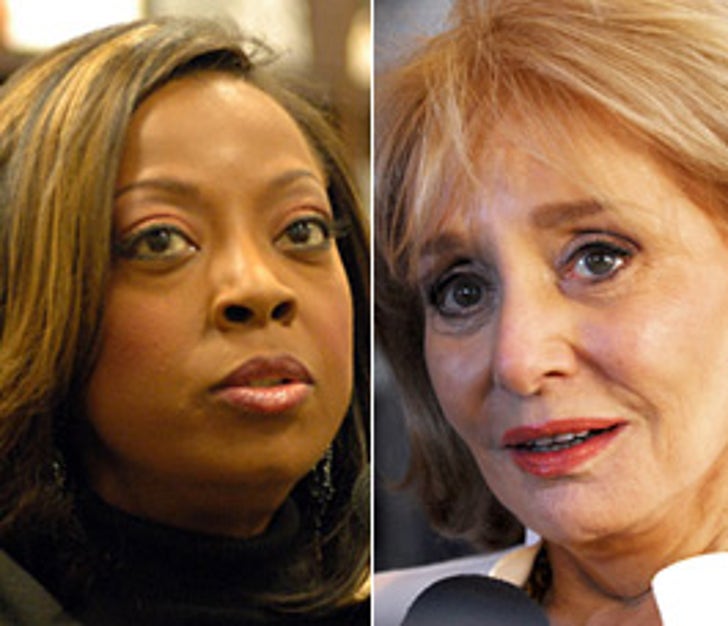 Barbara Walters has three words for Star Jones:
Back off, bee-yotch!

After Jones surprised her co-hosts on Tuesday's show by announcing her departure a day early, and told a magazine that she felt like she'd been fired, Walters went into full attack mode, saying basically that, yeah, Star had been fired, and that she would've done it a long time ago but for the milk of human kindness.

Walters told several news outlets, in essence, that Star had become a liability and that she felt "betrayed" by her co-host's public announcement, which was meant to come today. What's more, Walters tells the New York Times that she was going to give Star the boot way back in December, but didn't want to hurt her new book or stress her out during plastic surgery in February. "They had done a great deal of research, and her negatives were rising," said Walters. "Not so much because of what she did on the air. It was things she did off the air. The audience was losing trust in her. They didn't believe some of the things she said."

Finally, PEOPLE reports this morning that not only is Star leaving the show-she's been asked not to come to work today, even though her contract doesn't end until September. Stay tuned – this should make for an interesting morning on "The View." 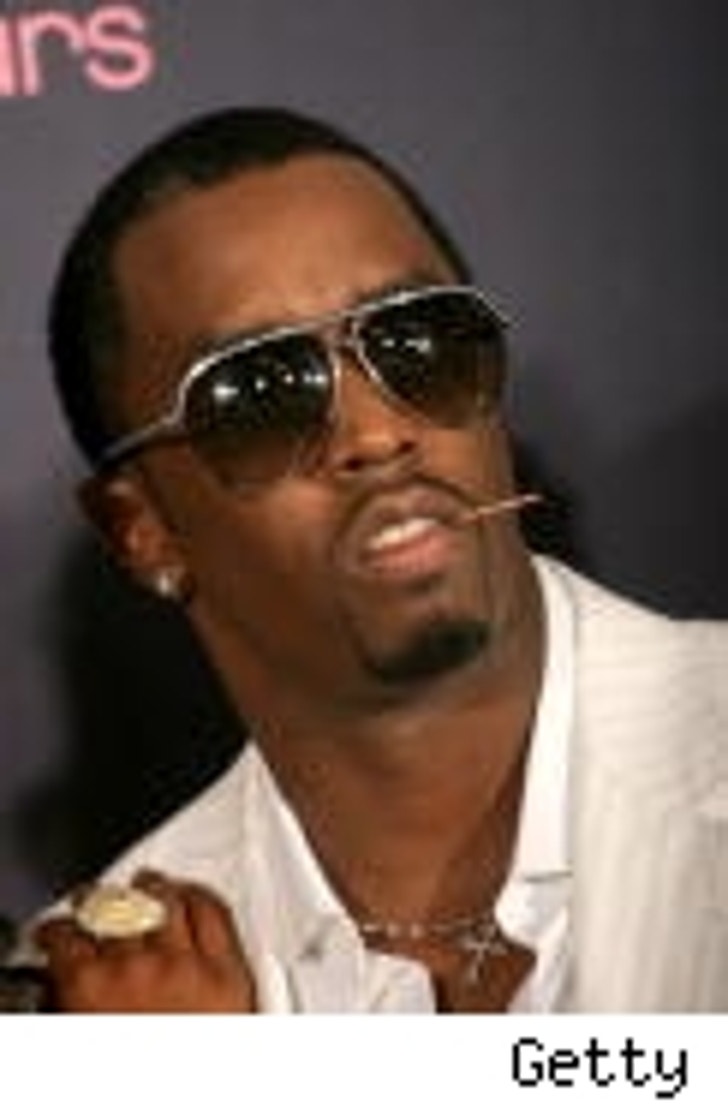 Diddy Actually Cedes Control to Others

Just one year ago, Sean John, the clothing label created by rapper P. Diddy, was in very public turmoil, with stores threatening to cancel orders because of tepid sales and shipping problems.

But a story in today's New York Post suggests that the brand has been completely turned around, confounding all expectations. Sales have been growing at a double-digit pace and could be $250 million this year, and department stores are happy once again.

And all this happened because Diddy did something that he's not particularly well known for: Taking orders from someone else. The hiring of Robert Wichser, who had run the menswear company Joseph Abboud, was the key decision, and Wichser "has enough gravitas in the industry that Puffy is listening to him," says a source. Another retailer adds, "Puffy is older and more mature, and he is allowing Bob to run this company like a real garment business." 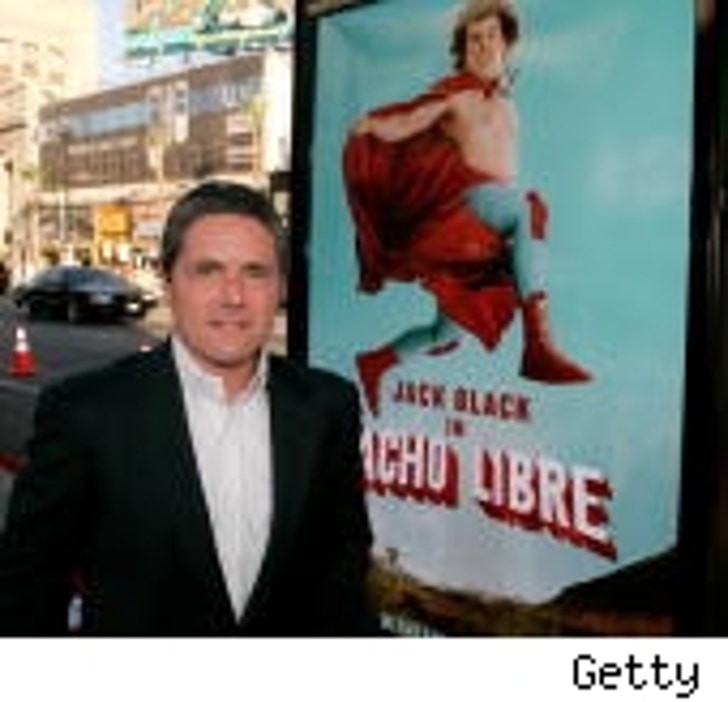 Paramount Pictures will be bringing its little sister movie operations, MTV Films and Nickelodeon Movies, within its own jurisdiction in a significant change to Viacom's corporate structure, reports the Los Angeles Times.

The cable networks MTV and Nickelodeon have traditionally run their own independent movie studios, and the mini-studios' executives have reported to the networks' top brass. Under the new arrangement, championed by Paramount Chairman Brad Grey and supported by Viacom CEO Tom Freston, the units would become film labels of Paramount alongside DreamWorks SKG and Paramount Vantage.

The newly absorbed MTV Films and Nick Movies, the hope seems to be, will "step up and help pay the bills," as TMZ's Claude Brodessor suggested yesterday. With Paramount itself struggling, the new subsidiary studios (Nick Movies, for instance, produced the successful Jack Black comedy "Nacho LIbre") are seen as a way to help spur growth both for Paramount and for Viacom, whose stock price has lagged and whose employees are going through a significant round of belt-tightening. 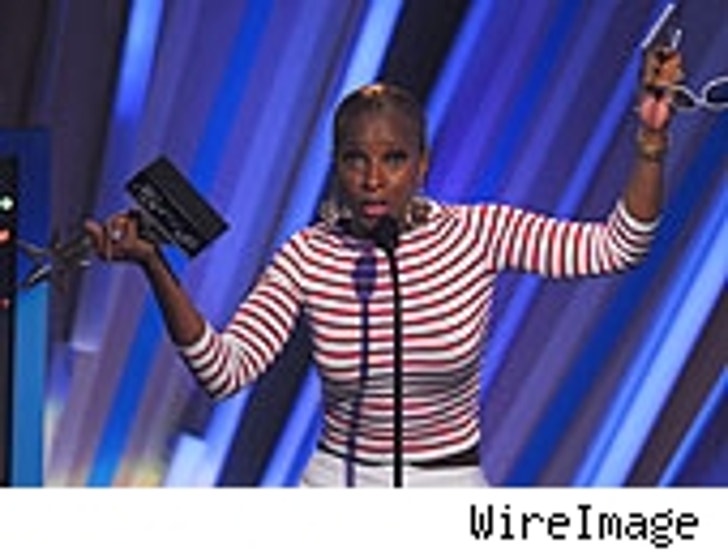 At Tuesday's BET Awards, held at LA's Shrine Auditorium, Mary J. Blige took home the award for best female R&B artists while she, Kanye West, and Jamie Foxx shared the award for video of the year. West and Foxx won their award for the ubiquitous "Gold Digger," which also got an award for best collaboration, in addition to its Grammy earlier this year.

Chaka Khan received an award for lifetime achievement, which she celebrated by performing onstage with Stevie Wonder, India.Arie, Yolanda Adams, and Prince, who was the night's winner for best male R&B artist. T.I. took home the best male hip-hop artist trophy, while Missy Elliott did the same in the female division. 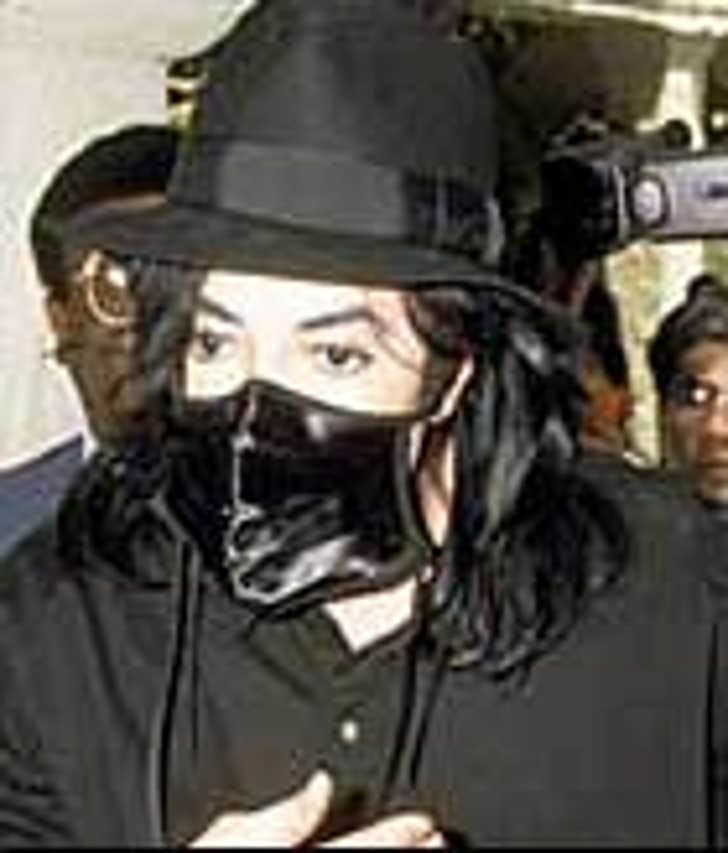 Michael Jackson has announced that he's going to be going through a vast personal "restructuring" – of his business and legal affairs, that is.The troubled singer has decided, among other things, that he's going to move to Europe, just as a new trial begins that may fling the sheets off of his messy financial affairs.

According to his spokeswoman Raymone Bain, the move to Europe - possibly to Ireland, where TMZ speculated he might go, or to France, where he recently took his kids – is part of a "sweeping restructuring" of Jackson's professional management and direction. To begin with, Jackson has "severed ties" with his longtime moneymen at Bernstein, Fox, Whitman, Goldman, & Sloan, and has hired L. Londell McMillan, who handles Prince and Stevie Wonder, to take over his financial dealings.

McMillan acknowledged to Rush & Molloy that handling Jacko "could be challenging," but that the Gloved One is "a musical genius who needs a competent and caring advocate."

Meanwhile, Bain will be the general manager of a new entity, the Michael Jackson Co., which supplants the old MJJ Productions, and she tells the AP Jackson is moving to Europe for "access to music industry figures." She added that the King of Pop is looking to release a new album next year. Oddly enough, as Fox News' Roger Friedman points out, Bain was fired last year just before Jackson's child molestation trial, and was subsequently rehired – and has climbed the ladder all the way back to the top of the organization.