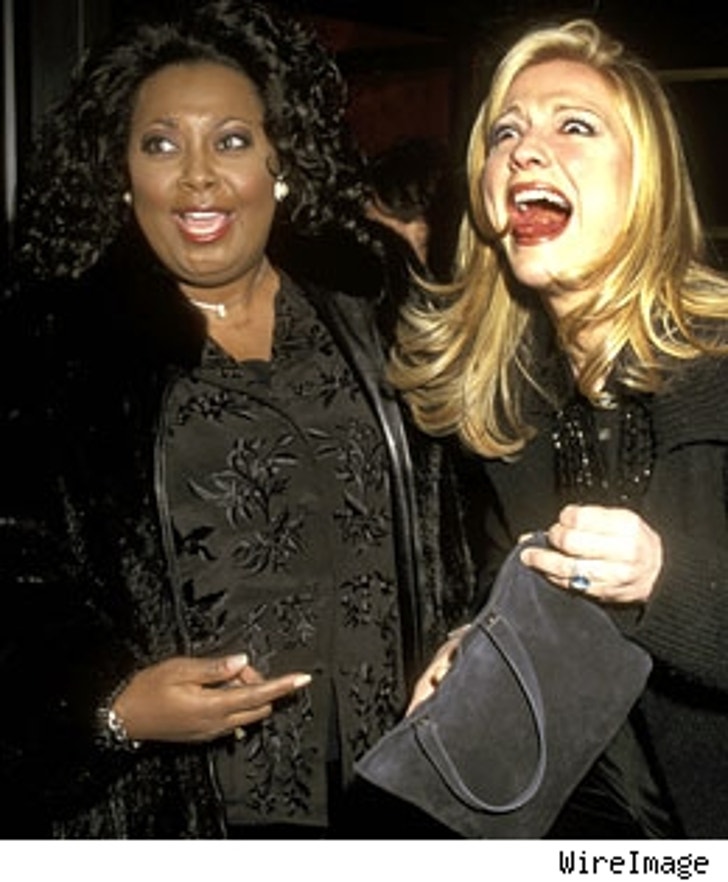 Debbie Matenopoulos had a message for ex-friend Star Jones in an interview today, something along the lines of: Payback's a bitch.

The former "View" co-host appeared on Fox TV's "Good Day LA" Friday morning, revealing that she and Star were extremely close, that is until Debbie got the boot in 1999. She says that's when Star completely abandoned her. "The thing that was most hurtful to me," said Debbie, "was that I thought that [she] was my friend, and then [she] was nowhere to be found."

As Debbie pointed out, "It's called 'show business,' not show 'friends.'"

Debbie added that she wasn't upset about having to leave the show, saying she was told that the show had to move "in a different direction," which is the equivalent of getting dumped and being told "It's me, not you."