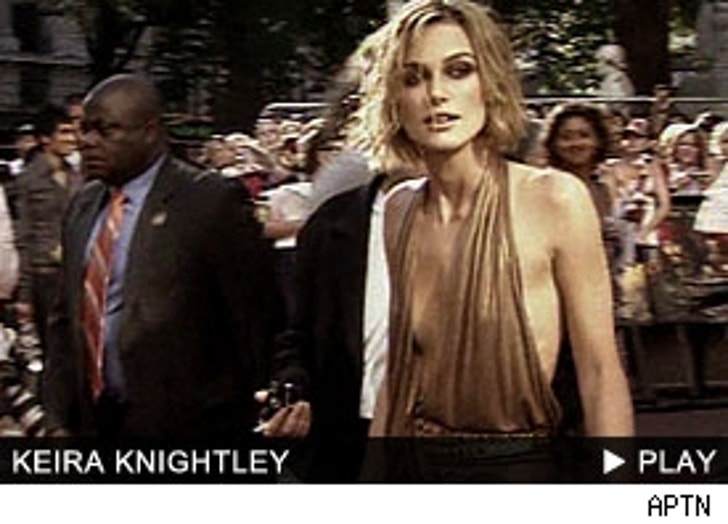 Keira Knightley tried to put rumors of an eating disorder to rest at a press conference for "Pirates of the Caribbean: Dead Man's Chest," but her revealing dress at the premiere the night before may suggest otherwise.

The stunning star says allegations of an eating disorder are outrageous. "It was really weird, they (the press) said that to me yesterday, they went 'how does it feel to be called anorexic?' I had no idea that I was, I can safely say that I am not."

Her statement came just a day after showing up to the London premiere of the new "Pirates" film looking skeletal in a gold Gucci dress slashed to the waist. On the red carpet she said, "I'm still thinking it was really inappropriate to wear this dress but its so hot I'm really glad I did."

Hot or not, rumors of anorexia plague many starlets, something Knightley understands comes with the territory. "It is understandable why you would associate that with high-achieving people in the film industry as well and I am not saying that there aren't people that suffer from it, because I am sure that there are, but I'm not one of them."

Keira returns as Elizabeth Swann in "Pirates of the Caribbean: Dead Man's Chest," which opens in US theaters this Friday.