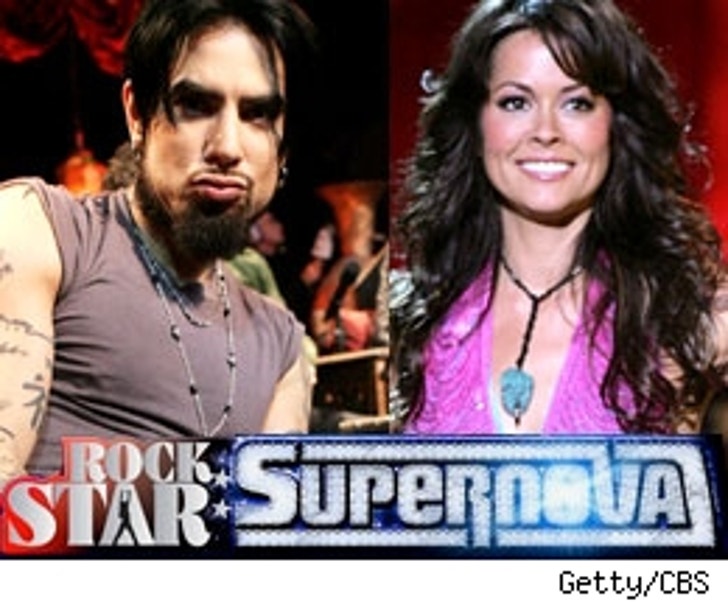 Reality TV fanatics get a new installment of "Rockstar" tonight as Dave Navarro and Brooke Burke return for a "rock and roll" version of the Idol-esque show. This year, instead of finding a singer for an existing band like they did for INXS last season, the show focuses on finding a singer for the newly created supergroup Supernova.

Tommy Lee of Motley Crüe, Jason Newstead formerly of Metallica and one-time Guns 'N Roses guitarist Gilbey Clarke will audition 15 singers whittled down from thousands of applicants around the world. The winner of the competition will record an original CD with Supernova, to be co-written and produced by Butch Walker, Rolling Stone Magazine's 2005 "Hot Producer of the Year." The CD will be released in the fall and will be supported by a worldwide tour in early 2007.

Tonight's special 90-minute episode kicks off at 9pm EST on CBS. Based on the preview episode on the "Rockstar" website, the guys have chosen some pretty sweet finalists. There is definitely at least one rock star in this group.

The only question will be whether they are crazy enough to survive a tour with Tommy Lee?