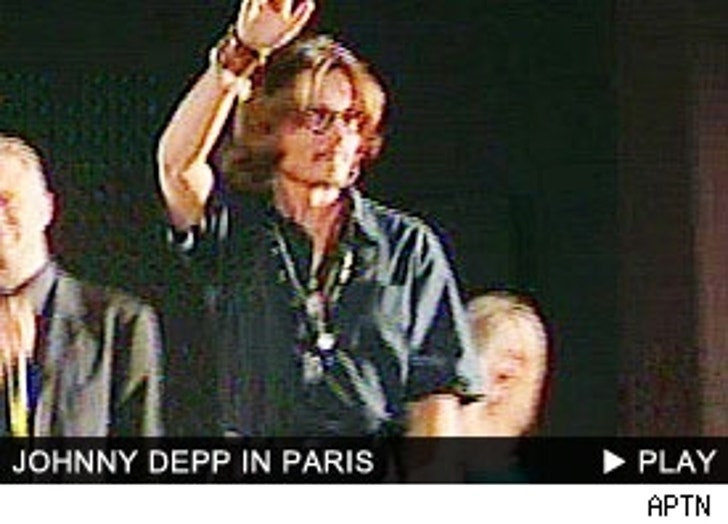 Captain Jack Sparrow himself was bestowed the highest honor of achievement by the Mayor of Paris, Bertrand Delanoe. Depp was presented the Grand Medaille de Vermeil last night, an award given to those who demonstrate devotion to the city.

"The country itself, the city itself has been very kind to me. It introduced me to my beautiful girl Vanessa, gave me two beautiful kids - doesn't get better than that," said a proud Depp, who came to the premiere with girlfriend Vanessa Paradis.

The presentation was made at the French premiere of his new film, "Pirates of the Caribbean: Dead Man's Chest" and co-star Orlando Bloom had only good things to say about his co-star.

"Johnny is a guy who sort of has a lot of integrity, he's an actor who's doing his work and he's focused on the work and developing characters and he's courageous with it. It's as simple as that."

The film opens in theaters today.