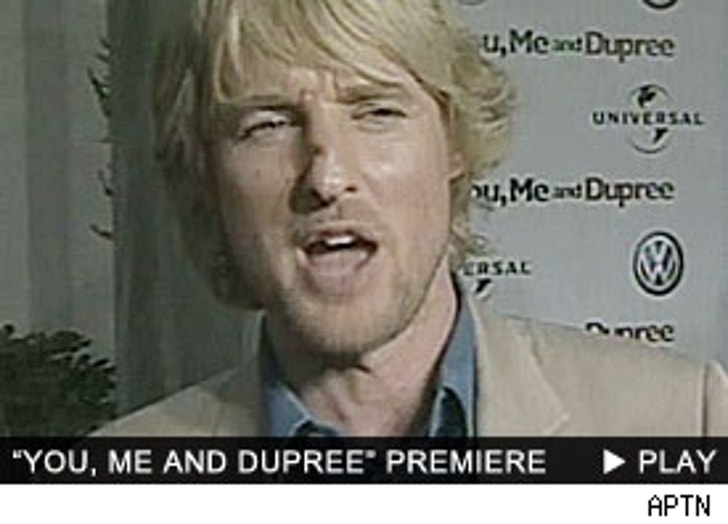 In "You, Me and Dupree" Owen Wilson once again plays the uninvited guest, only instead of crashing weddings this time he's a really annoying guy crashing on a friend's couch.

Wilson plays Dupree and told reporters at the Hollywood premiere of the film last night that there's definitely a little bit of his character in him.

"I think for my older brother I was a little bit of a Dupree when he was first married. Sometimes they would even try to lock me out to get some privacy. One time I had to go in to get some clothes and I ended up going through the crawl space and falling through the ceilings. That didn't help the marriage."

Kate Hudson and Matt Dillon play the newlyweds who are the unlucky hosts for Dupree's antics and while they all get on each others nerves in the film, Hudson says things on set were anything but tense.

"You, Me and Dupree" rolls into theaters on Friday.