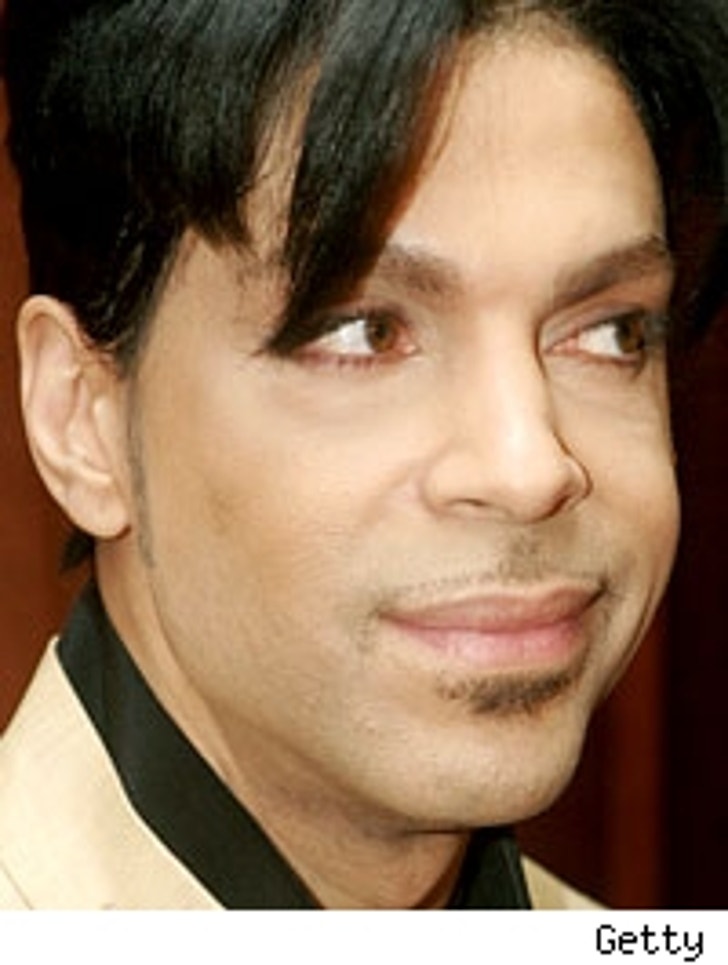 Prince's official Web site, NPGMusicClub.com, closed suddenly last week with no advanced notice. The club simply sent around an email that said, in part, they decided to "put the club on hiatus until further notice."

The announcement went on to say, "In its current [form] there is a feeling that the NPGMC gone as far as it can go." It ended, "The future holds nothing but endless opportunity and we plan on seizing it wholeheartedly. Don't u want 2 come?"

In a possibly related story, Prince filed for a trademark on the mark "NPG Music Club" last year. An opposition was filed against that claim by HM Publishers Holding Limited, which owns the Nature Publishing Group, or NPG. The opposition was filed on the same day that NPGMusicClub.com was put on "hiatus."

An attorney for Prince's company, Paisley Park Enterprises, told TMZ that the two incidents were not related, to the best of his knowledge, and that the "opposition will be resolved shortly."

Prince has been one of the pioneers of music on the Internet. He was the first major artist to release an entire album -- 1997's "Crystal Ball" -- exclusively on the Web. The NPG Music Club had boasted several full-length CDs of music that were unavailable anywhere else.

He was honored last month with a Webby Lifetime Achievement Award. "Besides being a musical genius, Prince is a visionary who recognized early on that the web would completely change how we experience music," said Tiffany Shlain, founder of The Webby Awards. "For more than a decade, he has tapped the power of the Web to forge a deeper connection with his fans and push the boundaries of technology and art."