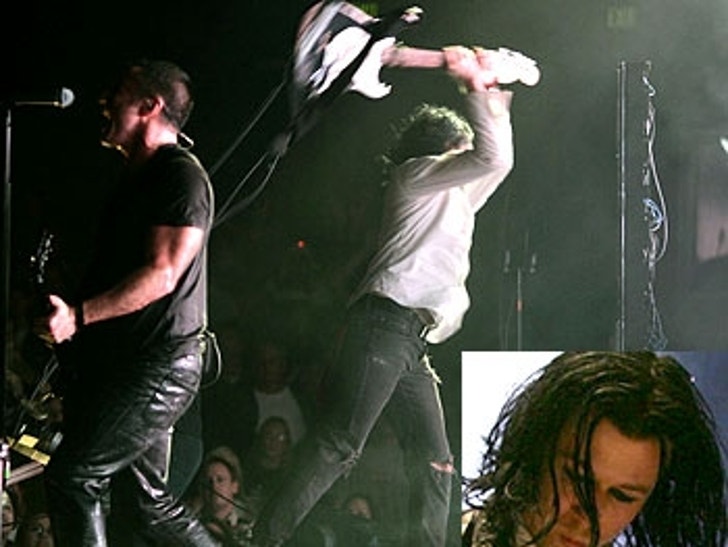 Nine Inch Nails has been sued for allegedly injuring a man "intentionally, violently and without just cause." 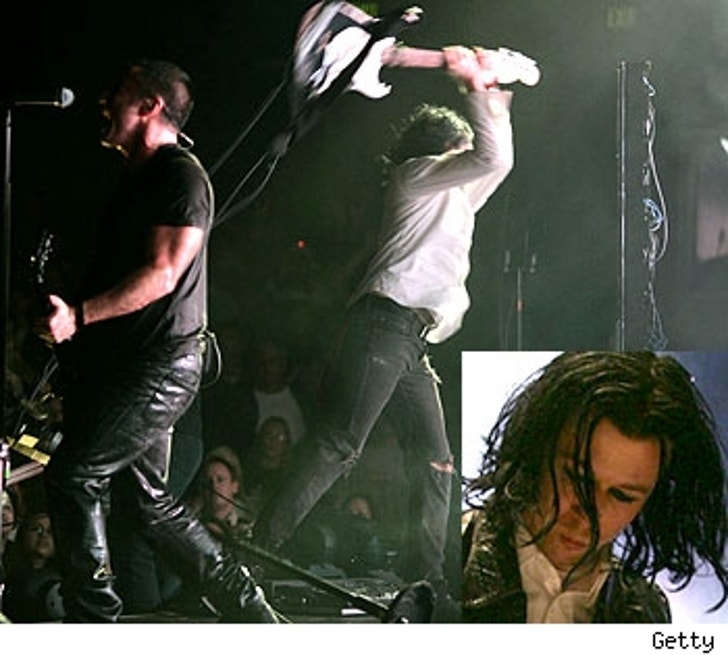 In a lawsuit obtained by TMZ, Mark LaVoie claims he was working security at a Nine Inch Nails concert last October at the Alliant Energy Center in Madison, Wisconsin, when he "was struck in the head by a cast iron microphone stand which had been intentionally thrown into the audience by the lead guitarist of Nine Inch Nails, Aaron North."

LaVoie claims he was "knocked unconscious, fell to the floor, and was bleeding from a large laceration on the top of his head."

As an example of previous "outrageous acts of violence while performing with Nine Inch Nails," Lavoie's lawsuit points to an incident in 2002 when North smashed a glass case -- that contained a guitar previously played by Stevie Ray Vaughn -- with a microphone stand and removed the guitar from the wall. See video of the incident HERE.