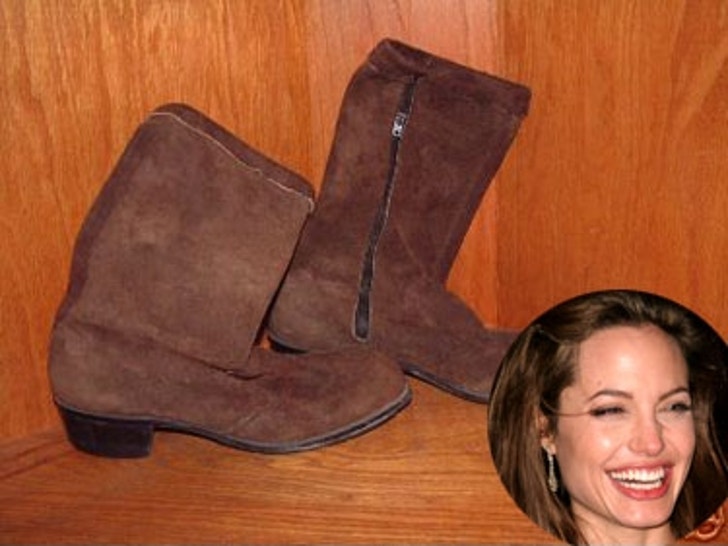 One very lucky fan is going to be able to own a piece of Angelina Jolie. 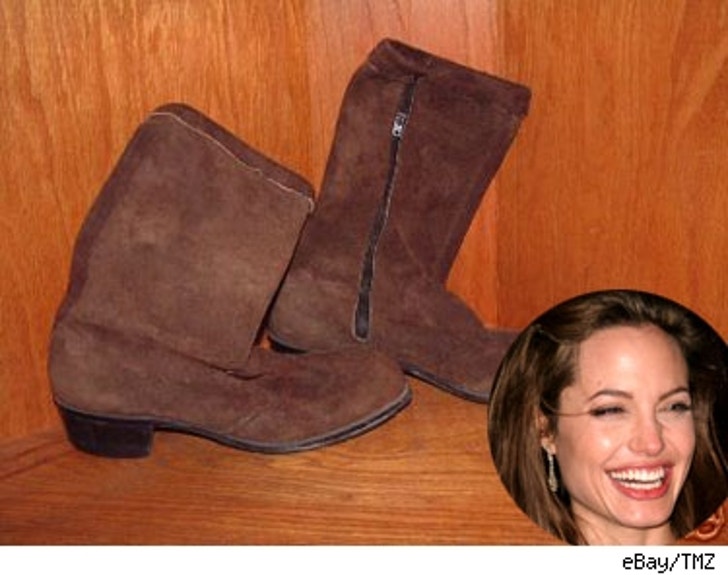 Jolie's brown suede boots that she wore for her Oscar winning role in the 1999 film "Girl, Interrupted" are up for auction on eBay at a starting bid of $1500.

The seller claims to have bought the boots from Reel Clothes & Props, a company that sells items from movies and TV to the public.

The boots come with authentication documents that prove they are the actual ones worn by Jolie in the movie. 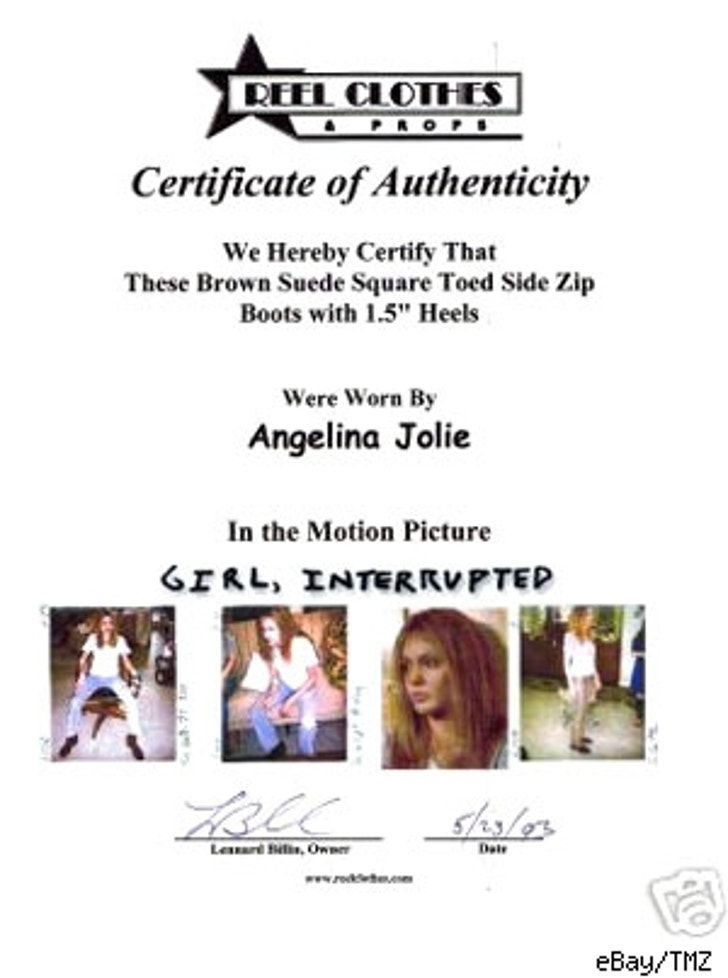 Who cares about sleeping with Brad Pitt or holding baby Shiloh, when you can say you bought Angelina's sole.