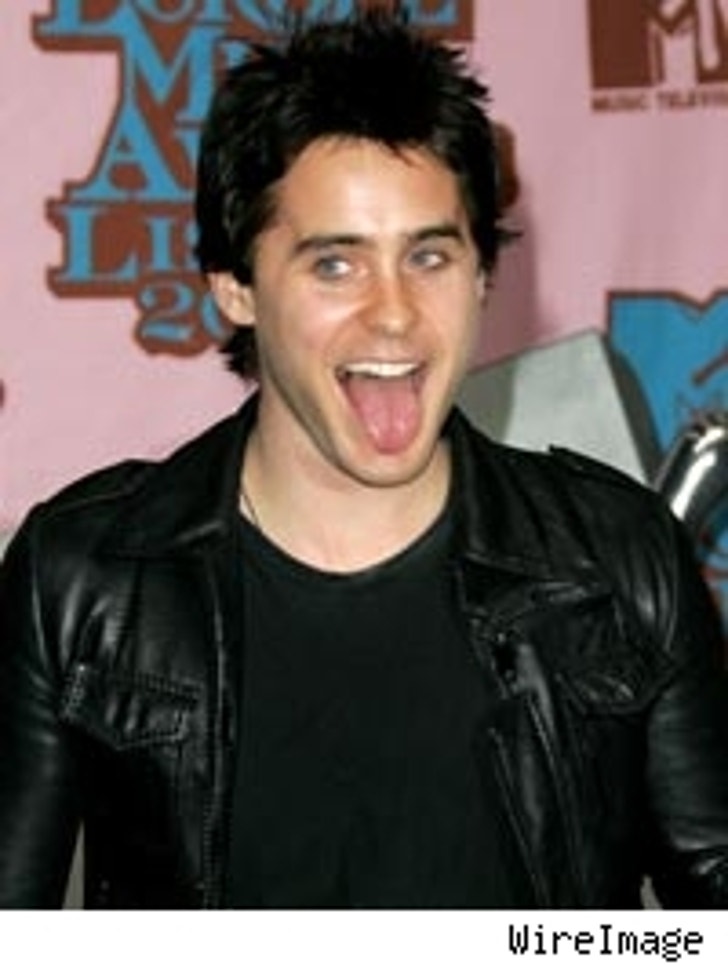 Actor/musician/Lindsay Lohan's ex Jared Leto and his band 30 Seconds To Mars are vying with five other acts to perform at the Fashion Rocks concert on September 7 in New York.

Fashion Rocks kicks off the start of New York Fashion Week and will feature performaces by Christina Aguilera, Beyoncé, Kanye West, Elton John, Faith Hill and The Pussycat Dolls, among others. Fashion segments will be included in the show as well.

Cingular Wireless is sponsoring a battle of the bands contest, where fans can vote for which hot group will get to perform atop of the marquee at New York's Radio City Music Hall. A vote automatically enters each fan into a sweepstakes to win an all expenses paid trip to Fashion Rocks 2006.

In the running with Leto's band are Angels & Airwaves, Blue October, IMA Robot, the Pink Spiders and Red Jumpsuit Apparatus.

Those of you who can't make it to the show can catch all of the musical fabulousness on September 8 on CBS at 9pm.