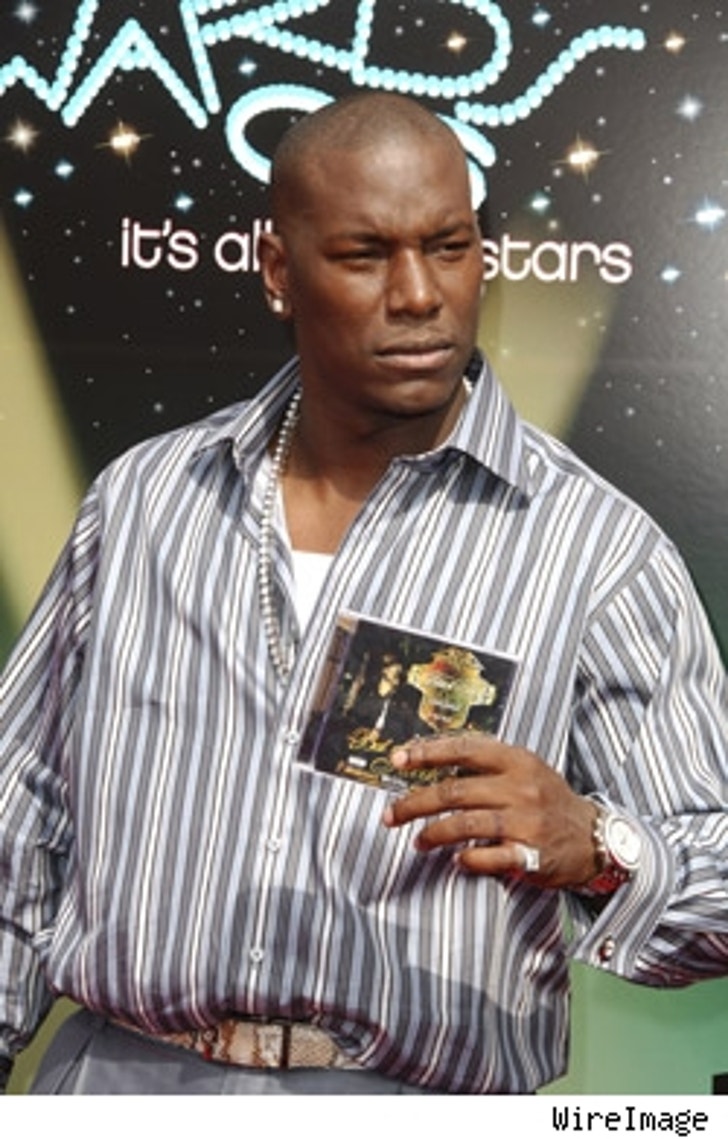 Tyrese made his debut June 25 at a performance in Los Angeles using the stage name Black-Ty. Black-Ty's first album, "The Best of Both Hoodz Volume I," is now available on www.hiphopwest.com featuring tracks from DJ Warrior. Tyrese has been playing the struggling rapper game, personally handing out copies of his album at the recent BET Awards. He says he was rhyming even before he began singing.

As for street cred, Tyrese, er Black Ty, has backing from the king of West Coast rap himself- none other than Snoop Dogg. Snoop has gives his blessings, saying "This is one of the best albums I've ever heard. Anybody who ain't behind it, come see me." Since the Dogg Father recorded a track for the album, it's no surprise that he would be eager to back Ty's latest endeavor.

Whatever it is that Tyrese sets out to do, he aims to do it right. We're sure to hear more from him in the coming months and we can't wait!