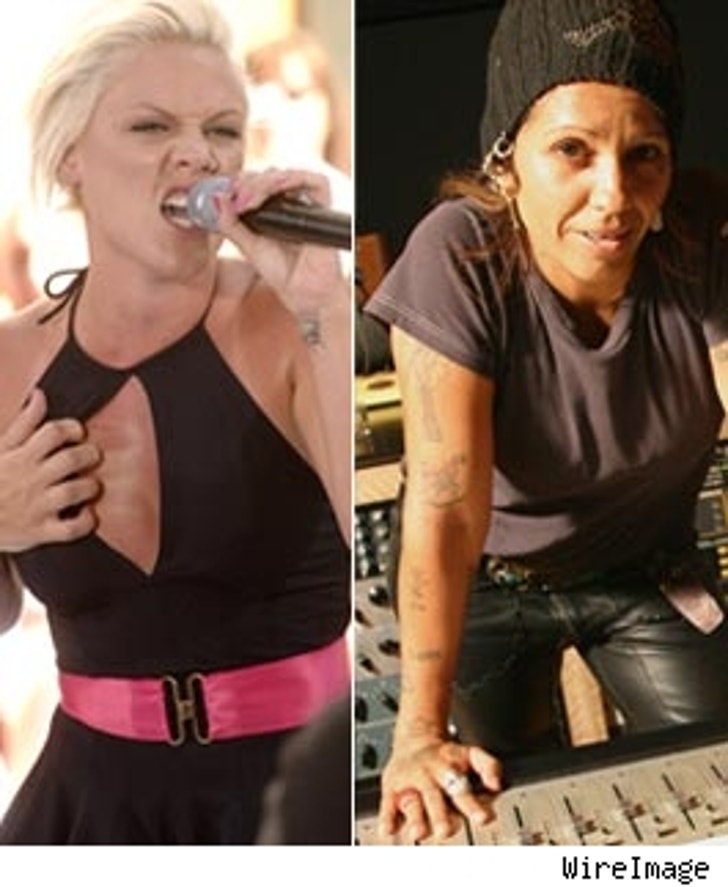 Recording artists often complain about not having control over what songs they record due to overbearing record execs. Record label suits typically suggest dictate what songs are recorded for big time record releases, particularly in the pop area. However, sometimes the artist finds a way to work with the songwriters and songs of their choice. Such was the case with P!nk.

In a recent in-depth interview with Rocknworld.com, songwriter Linda Perry tells how P!nk was determined to work with her on the "Missundaztood" record. Linda, who had a huge hit of her own with 4 Non Blondes, has worked with luminaries like Gwen Stefani, Jewel and Cheap Trick and also wrote beautiful monster hits for Christina Aguilera and James Blunt. But, as the project got underway, the record label execs stepped in and extricated Perry from the project. They felt they knew what was right for P!nk more than she did. According to Perry she was persistent and "hired herself back" to P!nk's team. Luckily for all, as Perry and P!nk teamed for a well done record. If the label had their way, who knows how it would have turned out.

This is a prime example of how labels need to be more trusting of the talent. Suits should stick to writing checks and let the artists take care of the art.