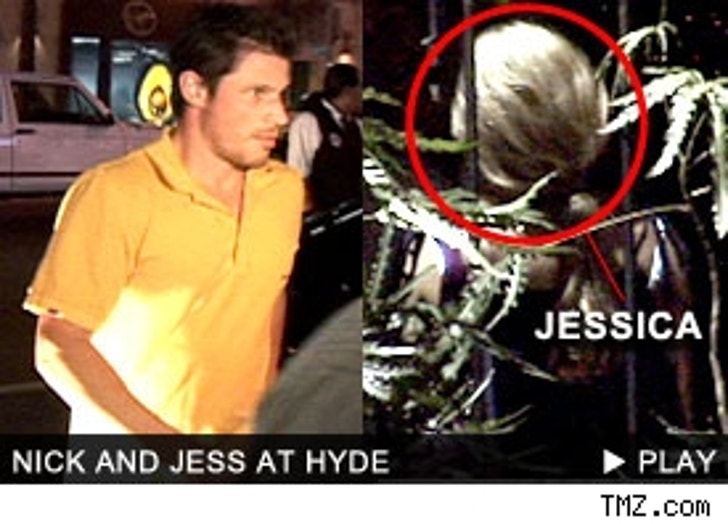 The ex-'Newlyweds' had a run-in this weekend at Hollywood hot spot Hyde, where the two partied separately - at the same time. The club is relatively small, with a capacity of about 100 people, so it would be near impossible for them to miss each other.

Adding salt to Simpson's open wound was the presence of Lachey's rumored new girlfriend, Vanessa Minnillo, who showed up in the same car with Nick.

While Lachey has been linked to a number of women, Jessica admitted in the current issue of OK! Magazine that she's still living the single life saying, "I don't feel right about dating yet."

According to Gossip Gangster Perez Hilton, the two were cordial inside the club, even giving each other a hug.

Nick and Jessica's divorce became final on June 30th, though the two are still involved in property and financial disputes.