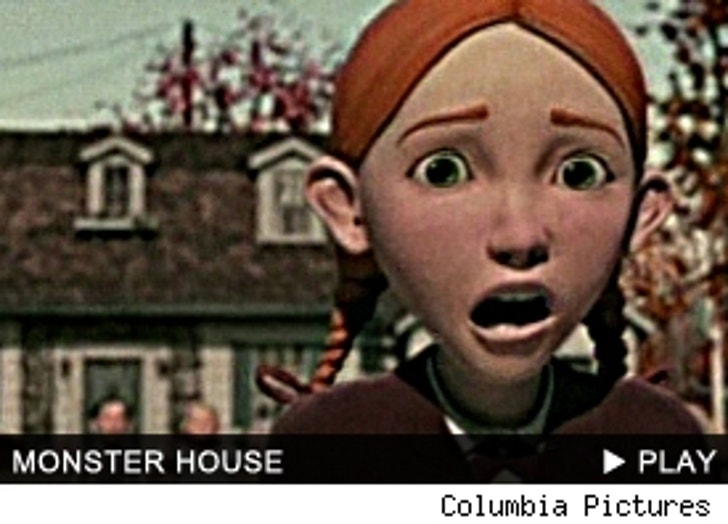 Collapsing floors, trees that attack and a house that can open its front door and grab your dog off the lawn before you can say "aaaaiiiieeee!!!"

"Bob Zemeckis calls me up and says: 'You've been the most seductive animated character, would you like to be the ugliest?"

She said yes, and took the job voicing the 700lb. woman who's spirit haunts the old house at the center of the story. But don't worry Kathleen, somehow we don't think this role will overshadow Jessica Rabbit in any way.