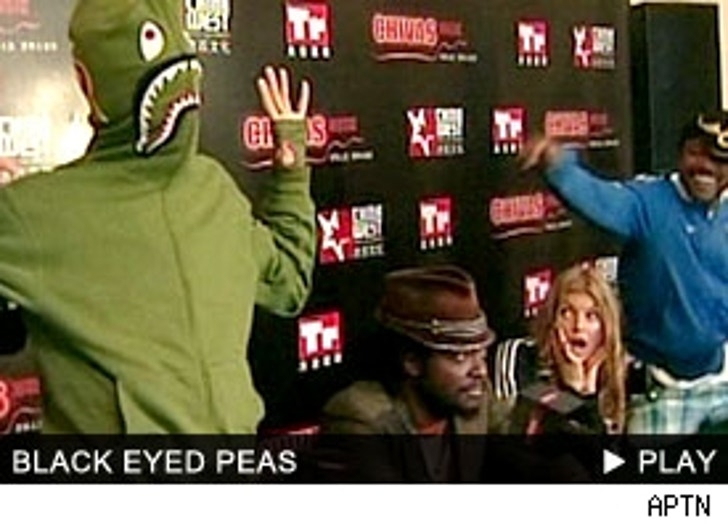 The Black Eyed Peas are everywhere in the U.S. - top 40 radio, MTV, and even Snickers webisodes - so they decided to expand their market, to China. They went all out in their efforts to rock the communist country (Taboo even donned a hoodie monster costume) but it turns out China is a little hard to "rock".

In this video, the Peas can be seen working hard on stage while the audience, though appreciative, barely moves. In the states the crowd would be bumpin' and shakin', but in China they don't seem to have grasped that aspect of hip-hop culture yet.

The band's sex idol, Fergie, has been reportedly really hurt over false reports that she was pregnant. But those reports were back in April, so if Fergie is still concerned- all it takes is a few trips to the gym and those rumors would vanish.