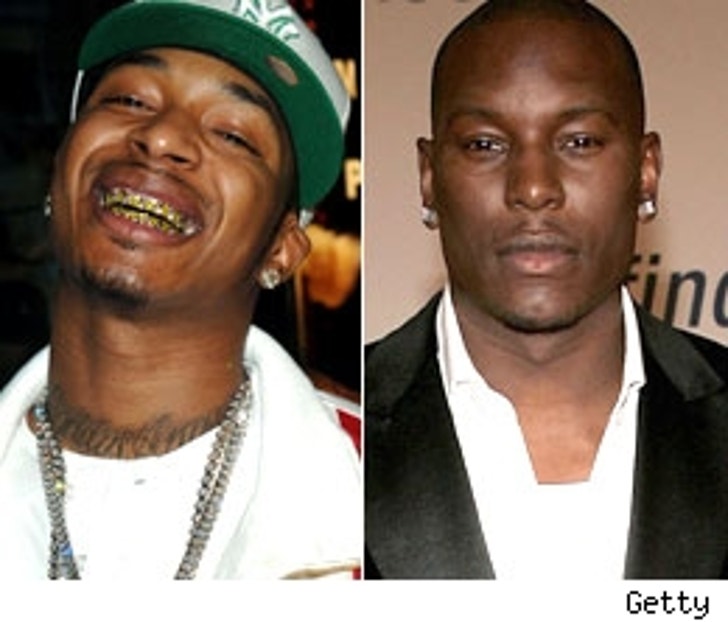 Tyrese recently unveiled his own rap skillz and ups his street cred by backing Chingy on his new single "Pullin' Me Back." Tyrese lets Chingy do the rhyming, but offers up a smooth backing vocal.

Chingy says the tune is about dealing with relationships in the music business. "Somebody that I was seeing made that song happen." But he also says it speaks to a universal problem in the industry. "If you've got a woman in this business, you are not going to be able to give her that quality time," he says. "You're going to try, but you're also on the road, and it's hard to keep the relationship going."

Maybe K-Fed should have a listen? Oh, that's right K & B are staying together, y'all. Maybe Nick Lachey?

Pullin' Me Back, produced by Jermain Dupri (who has worked magic for TLC, Jay-Z, Ludacris) is the lead single for Chingy's "Hoodstar" disc that drops in August. Tyrese isn't the only guest star on the record, Three Six Mafia, Young Spiffy and Fatman Scoop also join in the fun, with Timbaland and Poli Paul also turning knobs on various tracks. With that much star power, Chingy will surely be able to add a few more kicks to his sneaker collection which he says now tops 4,000.