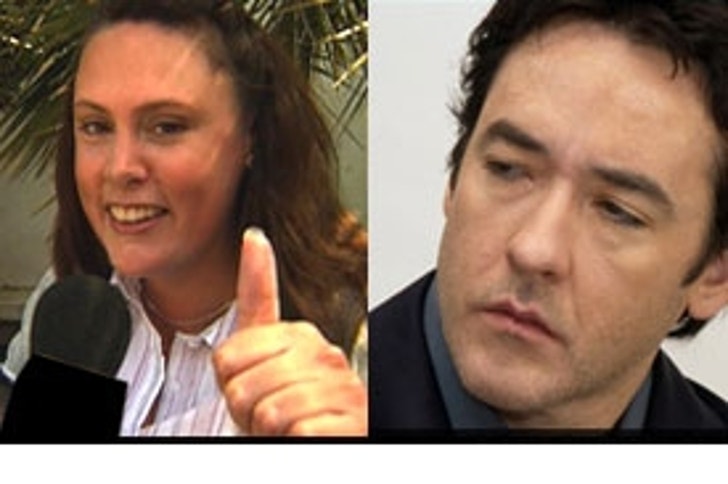 Cusack claims that Leatherman "is showing an unusual interest by stalking, throwing long letters of interest over my fence in bags with rocks and screwdrivers inside..." Cusack also added that Leatherman "...threatens to commit acts of violence against herself if I do not help her."

The judge ruled that Emily Leatherman to stay 500 feet away from the actor and must not attempt to communicate with Cusack, even by phone or email.

So what does Leatherman have to say about all this? She insists that she was only trying to contact famous people in the media in order to have them tell the world her tale of being sexually assaulted and harassed. She insists that the police refused to help her and that Tom Cruise's PR assistant gave her tickets to see Mr. Cruise.

In any event, Leatherman guarantees she will not bother Cusack again.