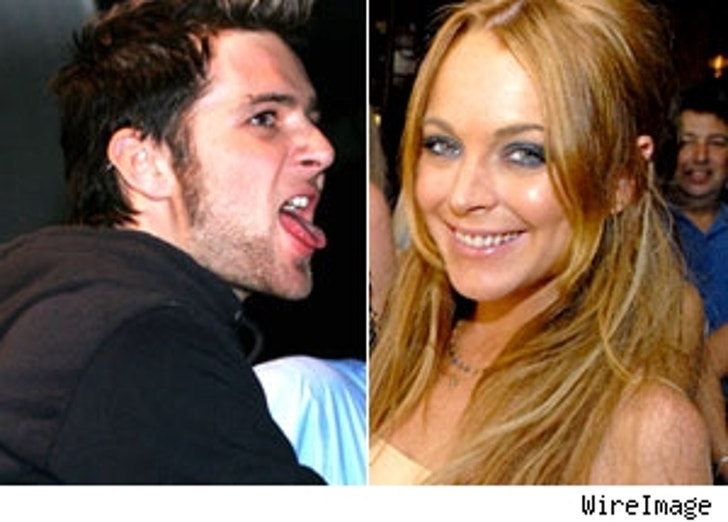 A few weeks back, McFly drummer Harry Judd "broke his silence" on what he calls a past romantic liaison with Lindsay Lohan. Presumably happy with the first round of press from dishing on Lohan, Judd is back for more. Reports now have Judd claiming that he and Lohan spent some quality time in a bathroom. He reportedly told a British tabloid: "It started off in a bathroom. I don't think we broke anything. But I don't want to tell anymore - I don't want to look like I'm milking it!"

Suuuuurrrrrre you don't. But, let's face it you are. If any of this even happened. Lindsay's camp denies it all and notes the timing of the statements coincide with the release date for McFly's new record.

I have to say I can't condone this type of sleight-of-hand self-promotion. For example, I was in fact in close proximity to Sheryl Crow at her private sound check in Atlantic City last weekend. As some have noted, I did indeed purchase a new shirt for the occasion. It is also true that Sheryl and I were near each other for much of the concert, particularly during the encore when she tossed a guitar pick to me. And, it is true that Sheryl and I both have Labrador Retrievers as pets. I'm not going to deny that. But, I will not try to insinuate that the interests we share and the time we spent in Atlantic City means we are dating. I won't do it. I hope tabloid editors can accept this and simply forget it. Phone calls to my agent will not be answered - unless, of course, it's from Sheryl.