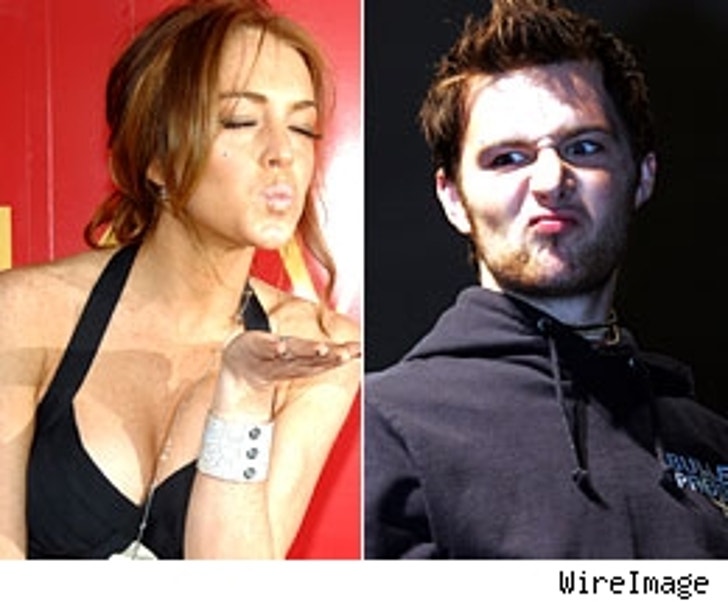 These days between feuding with Paris and P-Diddy and being mentored by Madonna, Lindsay Lohan probably doesn't have much time for romance. But the drummer from the British band McFly says that wasn't the case last year when he met the actress/singer on the set of "Just My Luck" when McFly shot a cameo appearance in the film.

A British tabloid is reporting that McFly drummer Harry Judd says he was Lindsay's temporary love bug one night last year. Judd says the two snuggled in a limo and was invited to her hotel:

"I was really nervous because she is so successful and talented. I thought, 'This is awesome'. Then she invited me back to her hotel. I left at eight next morning." He added: "She still isn't admitting it."

Who knows if he's telling the truth, but a quick note to Harry...if you want to get return engagements with these young celebrity lovelies you may want to keep your mouth shut.

The band even has a new video coming out next month called "Please, Please Lindsay, Please."