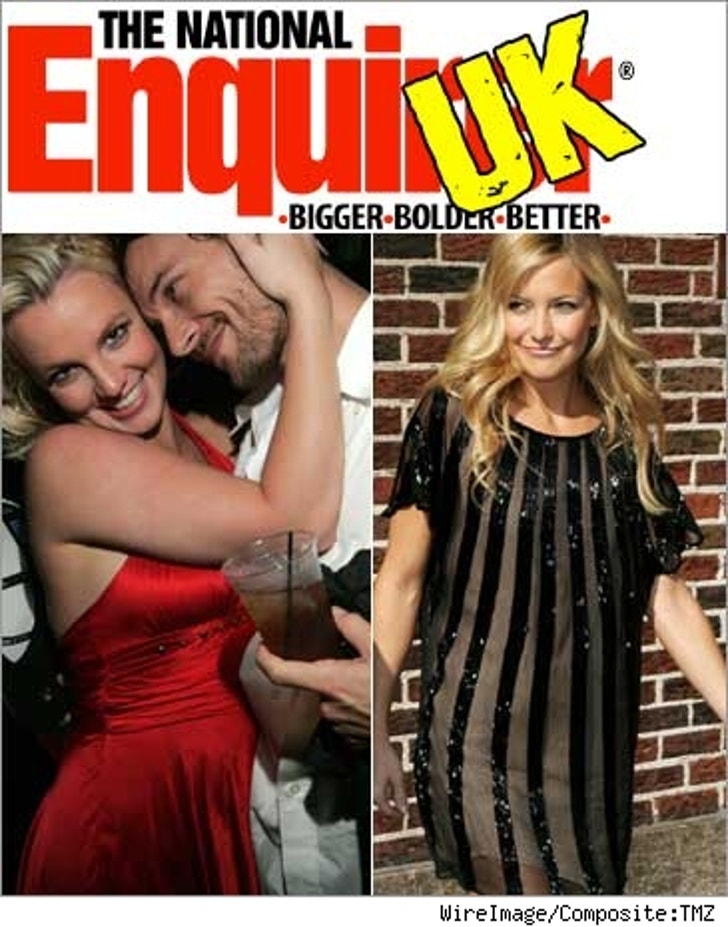 Is someone trying to sabotage the National Enquirer? Apparently, the tabloid thinks that's precisely what's going down.

In the last few days, Britney Spears and Kate Hudson both got their pound of flesh from the National Enquirer, well not exactly. They got apologies from the UK National Enquirer. The paper retracted its story that Britney was ready to divorce K-Fed and issued an apology. Ditto Kate Hudson -- the paper retracted it's story that Kate was dangerously thin.

National Enquirer officials in the United States believes reps for Spears and Hudson are intentionally creating a deception -- that the retraction was from their paper when in fact those stories never ran domestically -- only in the UK paper. They believe the alleged deception unfairly sullies the National Enquirer name.

But Marty Singer, whose law firm, Lavely & Singer, reps both Hudson and Spears, scoffs at the notion that any deception exists. Singer says the National Enquirer and the UK National Enquirer "are one in the same." Singer notes the same company -- American Media -- owns both papers and also claims that "they carry most of the same stories."

National Enquirer Editor in Chief David Perel says Singer may be right, but the fact is the two stories in question never ran in the U. S. of A. -- and there, Perel says, lies the deception.