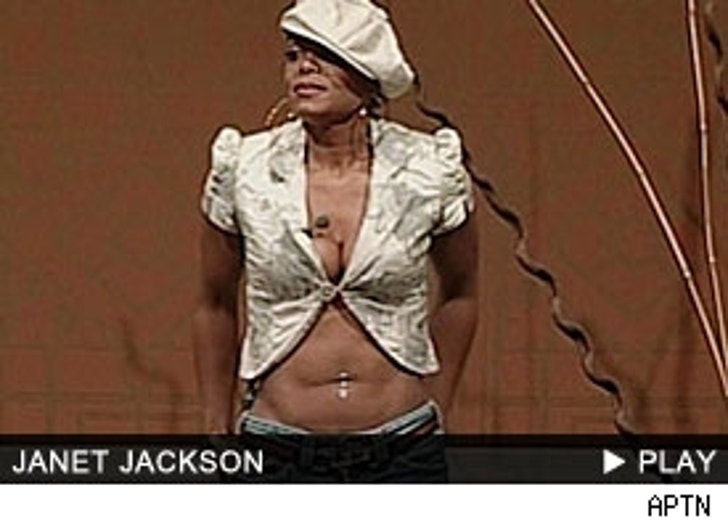 Janet Jackson's been everywhere showing off her new svelte figure and yesterday she took it up a notch, baring her stomach for a room full of journalists. While Janet's abs aren't quite as killer as they once were, they're definitely a work in progress.

Other than Janet's assets, the impromptu event, dubbed "The D.C. Press Junket for the International Icon," boiled down to a bland Q and A session. Journalists at the DC conference were given little insight as to what the singer was promoting. While she has an album coming out in the fall, none of the reporters in the room had been given and copy and all questions for Ms. Jackson had to be cleared through a mediator.

The anticipation of another wardrobe malfunction must have been the only thing keeping the interest of the press. She looked ready to bust out at any moment, arriving in only a jacket with one button fastened and a red bra underneath.