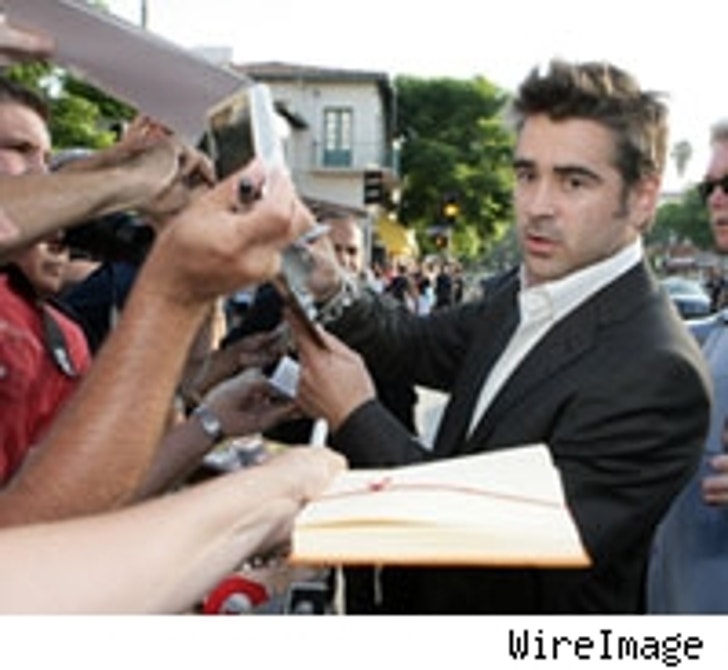 Actor Colin Farrell has filed a request for a restraining order against Dessarae Bradford, the woman who allegedly accosted him at a taping of the "Tonight Show."

According to the documents filed in Los Angeles County Superior Court and obtained by TMZ, Farrell alleges Bradford "accosted me during the taping of a network television show on July 20, 2006. I am concerned that her harassing behavior has escalated and may pose an immediate threat to my well-being and the well-being od my family."